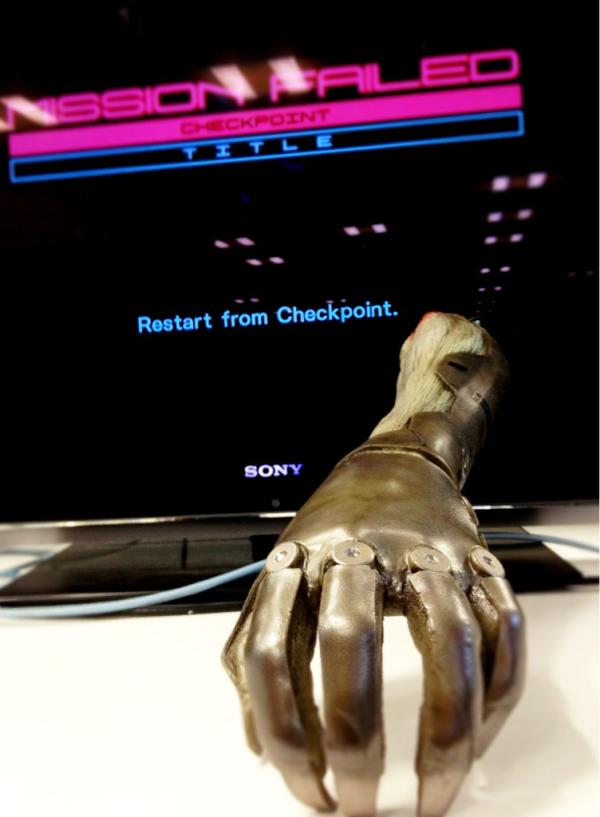 Today, Hideo Kojima was checking out the trial version of the game. He posted a photo on his Twitter of the menu you get when you die. Note that the Game Over message still says ‘Mission Failed’, in the same font as the other Metal Gear games. You can return to the title screen from here, or reload a checkpoint.

Kojima wrote ‘Raiden 3D’ alongside the photo, and laid out the arm so as if it is sticking out of the tv. Could he possibly be hinting at the game being playable in 3D, or is it merely a joke?

Views: 841
Liked it? Take a second to support MGI on Patreon!