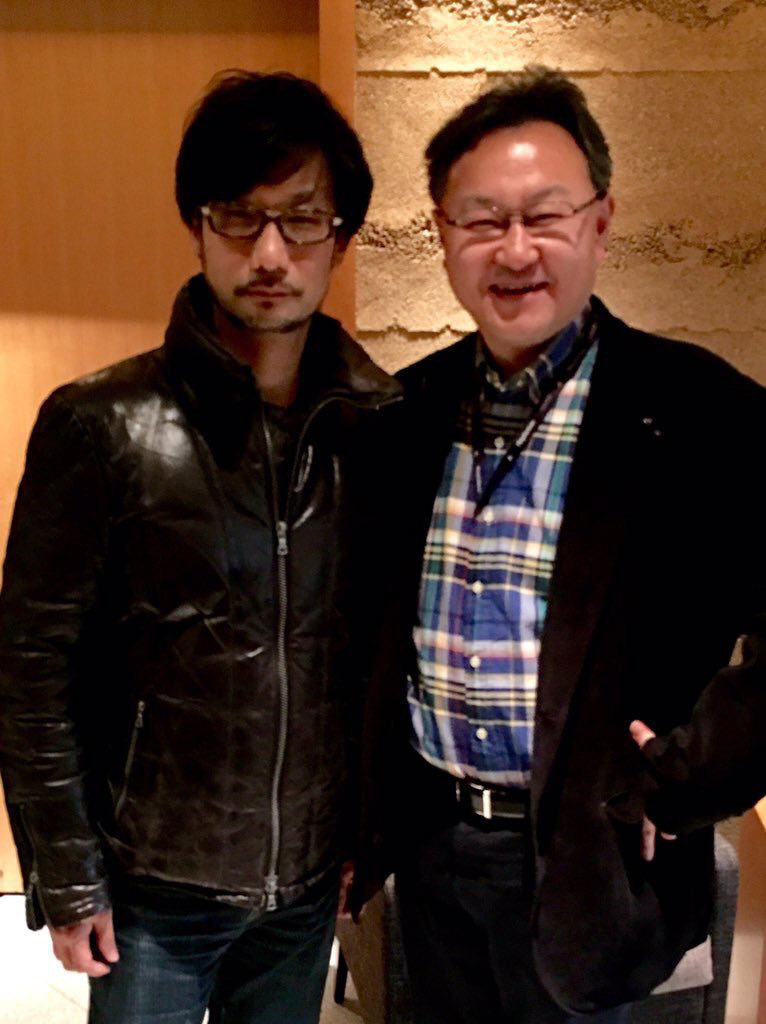 Kojima and his team met up with the president of Sony Computer Entertainment Worldwide Studios, Shuhei Yoshida, for a lunch. “Had lunch with Shuhei Yoshida SCE. We’ve known each other since Policenauts PS version.”

On another picture posted by Yoshida, we can see Ken Imaizumi and Yoji Shinkawa as well (this photo was also retweeted by Guillermo del Toro, together with the text ‘Sensei!’). As we know Kojima Productions made a deal with Sony for its first title to be a PlayStation console exclusive. This meeting could be related, but it could also simply be a lunch with old friends.

In other news, Kojima recently posted a new photo of the Kojima Productions GILD Design iPhone case. It’s still not clear whether it will be available to buy or if it’s just a custom made item for Kojima himself. “Just tried to put in this iPhone case (sample) by GILD design.”