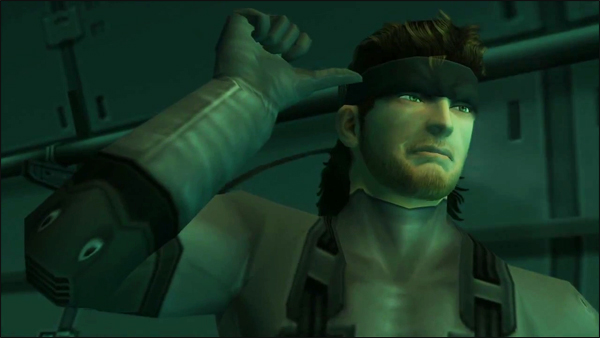 With its rich history of more than 25 years, the Metal Gear series always presents a balance between new inventions and repeating elements. One such returning element entails the repetition of certain iconic phrases. What are the most recognizable quotes, that players will immediately relate to the famous videogame hero?

The words that follow are spoken by either ‘incarnation’ of Snake, be it Solid Snake or Big Boss. They are lines that are instantly recognized by Metal Gear fans, and probably also by people who aren’t as familiar with the games.

Here are the five phrases you can’t hear without a gravely voice anymore: Metal Gear is famous for breaking the fourth wall, sometimes by addressing the player directly, sometimes by acknowledging the fact that it is a game. This quote is no exception. By beating the original Metal Gear Solid without giving into Ocelot’s torture, players were awarded a special item for a second playthrough: a bandana that grants infinite ammo to the player.

When Raiden meets up with Snake inside Arsenal Gear, he asks him if he has enough ammo. Snake puts his mind at ease by pointing at the famous bandana and uttering the two words ‘infinite ammo’. Not a returning quote, but certainly one of the most famous ones. His twin brother has been quite a nuisance to Snake throughout the series. For this reason it is no surprise that he calls out his name quite often, usually to little avail. Liquid after all isn’t the most reasonable or rational person there is, and not the kind who would listen to anyone’s advice, especially someone he hates.

This quote comes to culmination at the end of Metal Gear Solid 4, when Snake and Liquid are atop Outer Haven for their final fight. Snake has just gone through hell and back shutting down the system, and now everything that has built op during the game translates into a primal scream at Liquid’s address. He raises his arms to the sky, with clawed hands, and shouts Liquid’s name at the top of his lungs, for the final time.

First used in Metal Gear Solid 2, when Snake contacts Otacon by CODEC after landing on the Tanker. This running joke of the Metal Gear series is a nod to the fans, who always have to wait several years for a new entry in Snake’s adventures. In Metal Gear Solid 4, it even made its way into one of the final cutscenes, when Otacon tells Sunny: “That guy always keeps you waiting.” A bittersweet joke, in the context of the circumstances. Simple but effective. These words can be found at the start of every Metal Gear game, signaling the beginning of another epic story. Even Raiden, who isn’t typically referred to as Snake, begins his Metal Gear career with these three words. Often they are followed by the phrase “Can you hear me?”, or something similar. Both the title of the series and a quote present in virtually every game, is when Snake speaks these two words, usually with a pause between them to emphasize his shock and disbelief.

Looking at the series’ chronological timeline, they are spoken for the first time by Granin in Metal Gear Solid 3, when he explains his invention is comparable to the missing link in the human evolution theory. The link between artillery and infantry, a kind of ‘metal gear’, he explains. After which these words are of course repeated by Snake.