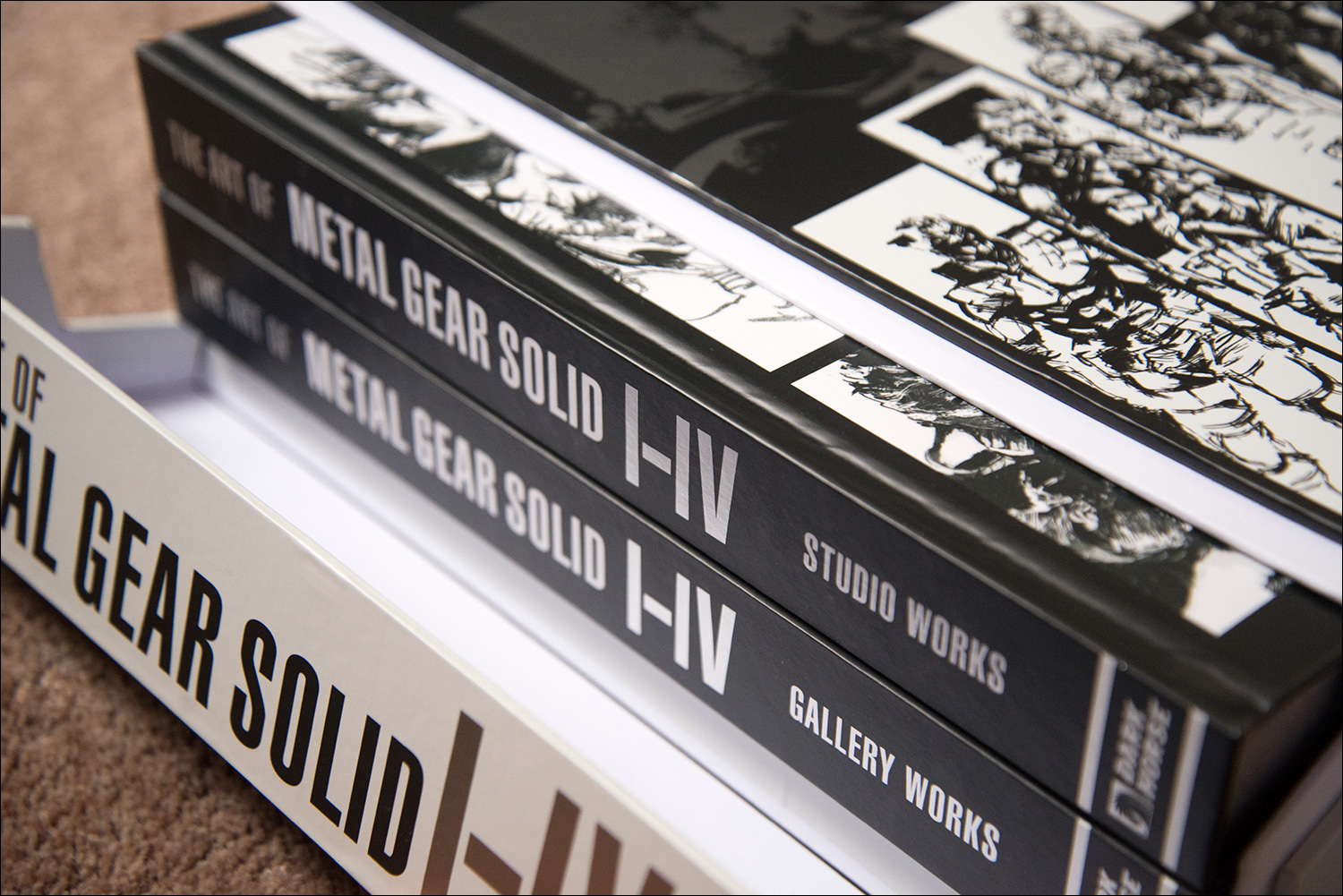 About five years later, Dark Horse published these works in English for the first time, in a special collector’s bundle titled The Art of Metal Gear Solid I – IV. This item was released on August 7th (commisions earned) of this year, for a price of $79.99.

The Art of Metal Gear Solid I – IV comes in a collectible slipcase and contains two large hardcover art books.

The first thing to note is just how large and heavy this set is, the bundle weights over 5 kilos! On the front of the slipcase are several Shinkawa artworks from the 5 different games, as well as the title with shiny silver roman numerals. Like the MGSV Limited Edition artbook from the same publisher, the case can be opened from the side, revealing its contents.

As mentioned earlier, there are two hardcover books inside, Studio Works and Gallery Works. Both show the artworks in order of games’ release. First, let’s have a look at the Studio Works. Like the name suggests, this book mainly features concept art used during production of the games, complete with scribbled notes from art director Yoji Shinkawa. What’s great about this new edition is that for the first time ever, these notes have been translated into English, giving some insight in the creative process. The Japanese text has been preserved, with the English translations provided in footnotes.

Now, let’s check out the Gallery Works. This book mainly contains artworks used for promotional purposes, such as cover art, posters, and the instruction manual. Unlike the other book, this one is in full color.

All in all, this is a great item for those interested in the artwork of Metal Gear, especially if you don’t own any of the books published so far. Considering most of the older art books were never released outside Japan, and have come quite hard to come by, this is a good way to get a complete overview of the series’ artworks (save for MGSV) in a great looking bundle. On top of that, the translated notes can give fans another reason to add this to their collection. A recommended purchase!

The Art of Metal Gear Solid I – IV is currently still available from Amazon (commisions earned), for $59.99 with 20% off (this is an affiliate link).