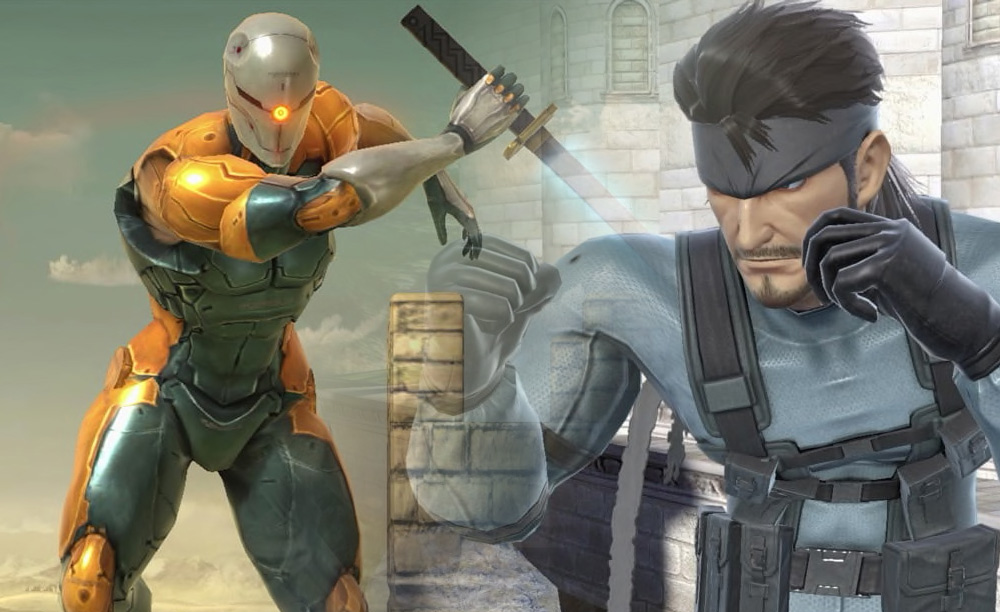 Metal Gear is a series known for its characters. Interesting, eccentric and captivating, they are a staple of the games, and an important reason the franchise is loved by so many. Therefore, it’s no surprise that some of the most iconic and recognizable characters have crossed over to make an appearance in other video game series over the three decades of its existence. These are all the Metal Gear cameos found in non-Metal Gear games. 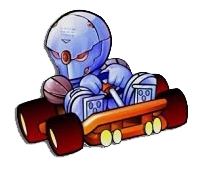 Konami Krazy Racers is a Mario Kart style racing game released on Game Boy Advance. As the name implies, it includes characters from different Konami games. One of them is Gray Fox, the famous cyborg ninja from the first Metal Gear Solid game. Too bad he isn’t riding a snowmobile. 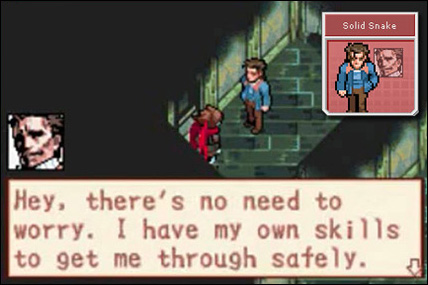 Boktai is a Kojima produced action RPG series on Game Boy Advance (with a spiritual successor on the DS), in which the player controls a vampire hunter. The games make use of a solar sensor built into the cartridge. In the second installment, Solar Boy Django, you can actually encounter Solid Snake in the game. He can sell you a box containing random items. Snake would once again make an appearance in the third installment of the series, which was only released in Japan.

Snake and The Boss in Monster Hunter Portable 3rd | 2010 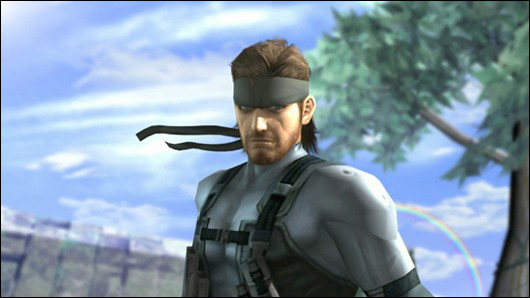 One of the new characters in the Wii installment appearing in Nintendo’s fighting series Super Smash Bros was none other than Solid Snake himself. The character has many of his famous abilities and equipment at his disposal, including CQC, the cardboard box and several weapons. Other Metal Gear characters appeared via CODEC to provide Snake with intel on his enemies, resulting in some funny conversations (such as Snake remarking how lucky he is to meet the world famous Super Mario on the field of battle). His physical appearance was kind of puzzling though, it’s sort of a blend of Naked Snake and Solid Snake. Also interesting: Gray Fox is in the game as well in the form of an Assist Trophy, an item that summons a non playable character to temporarily fight by your side. Now, 10 years later, Snake will make his return to the Super Smash franchise in Super Smash Brothers Ultimate for the Nintendo Switch. Also, several characters from the Metal Gear series appear as Spirits (unlockable characters that can boost your fighter) in SSB Ultimate, including Kazuhira Miller, Hal Emmerich, Revolver Ocelot, Naked Snake, Solidus Snake and Liquid Snake. 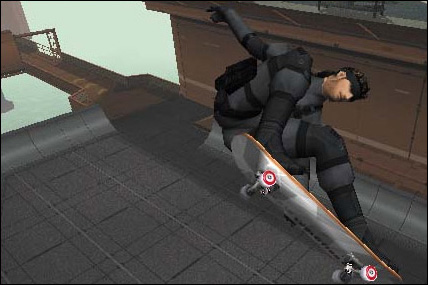 Evolution Skateboarding was an extreme sports game made by Konami released on the PlayStation 2 and Gamecube in 2002. Players could unlock as many as four Metal Gear Solid characters, in particular from Metal Gear Solid 2. Not only Solid Snake and Raiden, but also two Gurlukovich soldiers could take a skateboard for a spin. Konami later included a mode based on this game with Metal Gear Solid 2: Substance, allowing players to skate around the Big Shell. 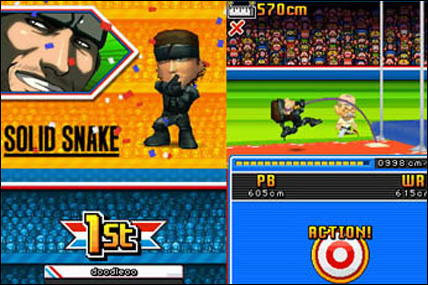 New International Track & Field is a sports game published by Konami and released for Nintendo DS in 2008. The game features several Konami characters to play as, and one of them is Solid Snake himself. Looks like he he is capable of more athletic activities than just dogsled races. 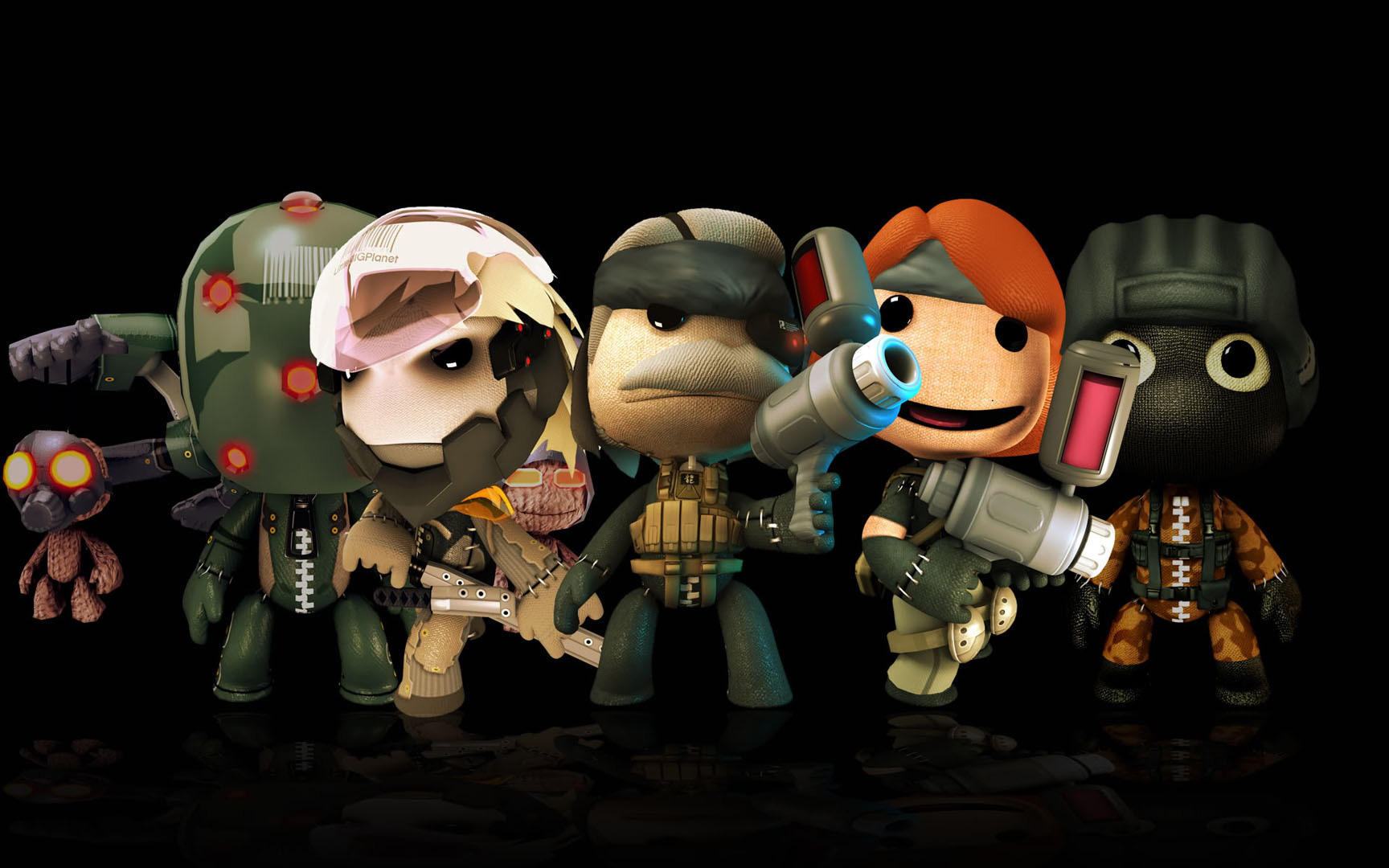 LittleBigPlanet is a platform game developed by Media Molecule for the PS3, which allow players to create and share their own levels. The game received several DLC packs, and one of them was themed after Metal Gear Solid 4. Aside from several Metal Gear related objects to use in the game, players could dress up Sackboy (the game’s protagonist) in costumes of Old Snake, Meryl, Screaming Mantis, Raiden and a Gurlukovich soldier. The pack also came with five acts, just like MGS4, featuring MGS themed challenges, such as ‘VR Training’.

Metal Gear Solid would go on to do two more cross overs with the LittleBigPlanet series. LittleBigPlanet 3 received a Ground Zeroes themed costume pack, turning its cast into Kaz, Skull Face, Snake, a helicopter and an armored vehicle. The following year, a second set of Metal Gear related items was released based on The Phantom Pain. It included Ocelot, Kaz, Snake, DD and a Box Costume. 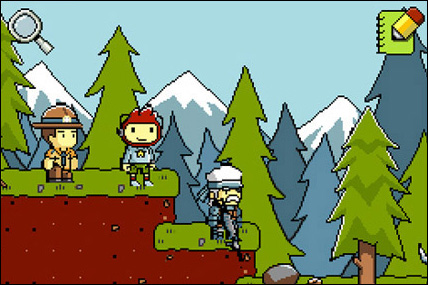 Scribblenauts is a unique game in which you solve puzzles by typing in words. You can write virtually anything you can think of and the game will make it appear, giving you almost infinite possibilities. Konami published the title in Japan, and included in the Japanese version are both Old Snake and Solid Snake. 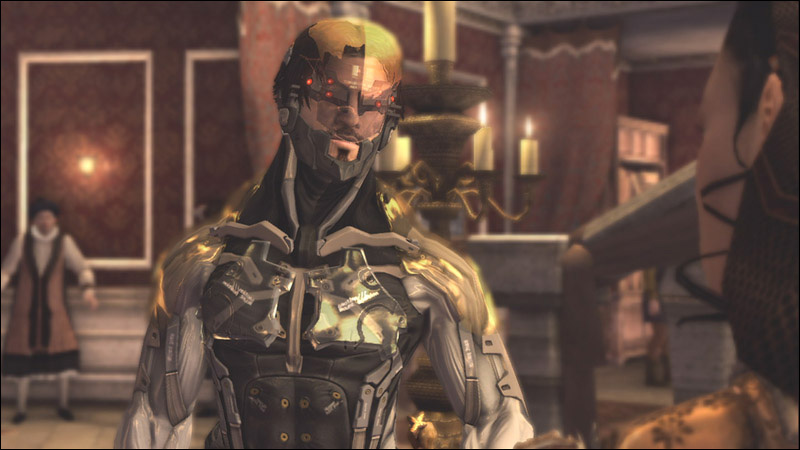 Metal Gear and Assassin’s Creed have made references to each other in several games; MGS4 included an Altair costume, and in Peace Walker you can dive into haystacks, mimicking the signature ‘leap of faith’ move from the Assassin’s Creed series. In Assassin’s Creed Brotherhood, you can even unlock a full Raiden costume, turning Ezio into the cyborg ninja from Metal Gear Solid 4: Guns of the Patriots. 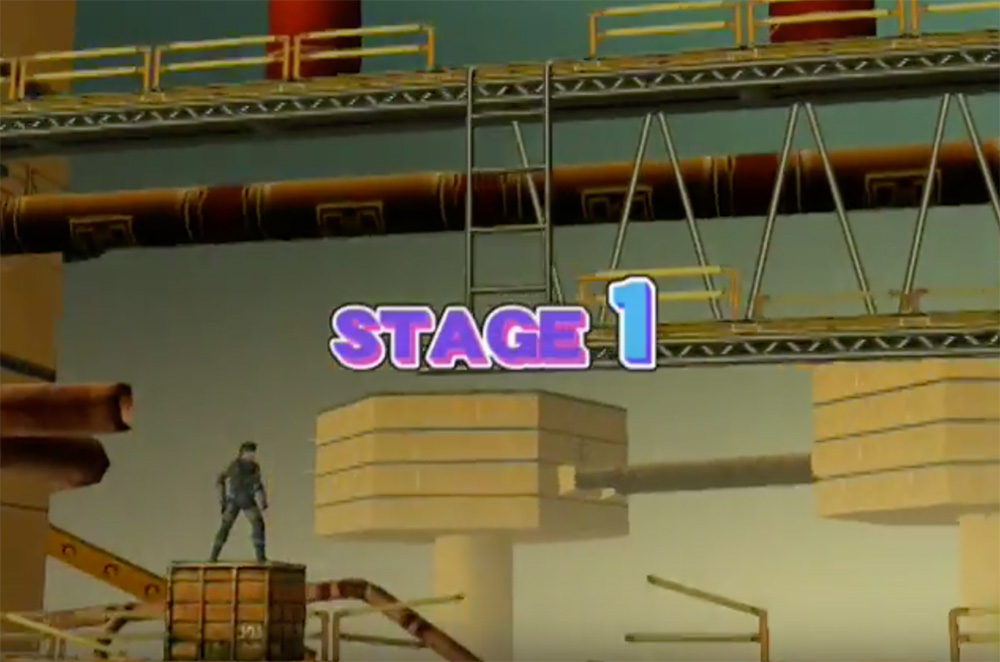 Released only in Japan, DreamMix TV World Fighters is a Konami published Gamecube game from 2003 that has characters from Hudson, Takara and Konami battle it out on different stages, much like Nintendo’s Super Smash Bros series. One of the selectable fighters was none other than Solid Snake from Metal Gear Solid 2: Sons of Liberty. There was also a stage based on the Plant from MGS2. 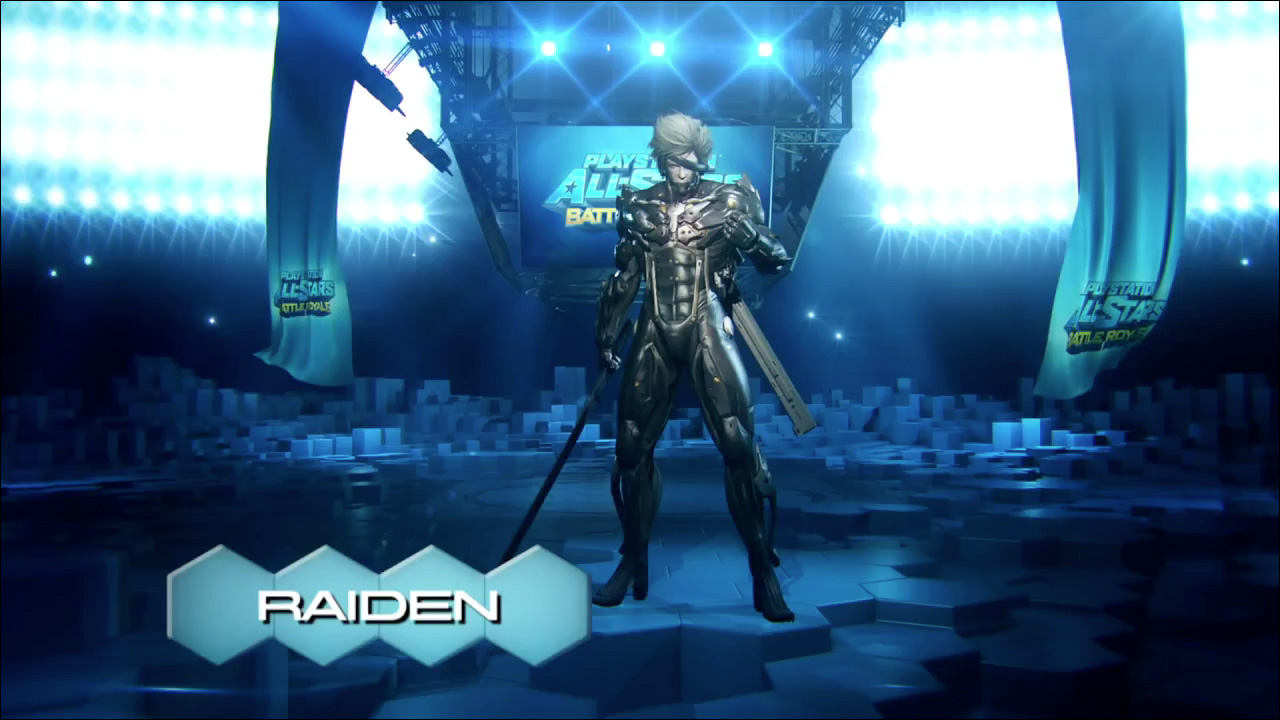 PlayStation All Stars Battle Royale was basically Sony’s answer to the popular Super Smash series. In Battle Royale, iconic PlayStation characters duke it out in frantic battles, and cybernetic ninja Raiden answered the call as well. This game came out in the same year as Metal Gear Rising Revengeance, so the Raiden we see appear in it is the one from that game.

Metal Gear Solid 3: Subsistence, the rerelease of Snake Eater that came with several bonus features, included a new mode called Snake vs. Monkey in which Snake is tasked with capturing monkeys from the Ape Escape series by Sony Computer Entertainment. In turn, Ape Escape 3, released in 2005 in Japan and 2006 in the west, featured a Snake cameo. The model for Naked Snake from MGS3 was used for the character, but it is actually supposed to be Solid Snake in this game. Interesting fact: this Snake was not voiced by David Hayter, but by Peter Lurie, who plays Vulcan Raven in MGS1 and MGS: The Twin Snakes. 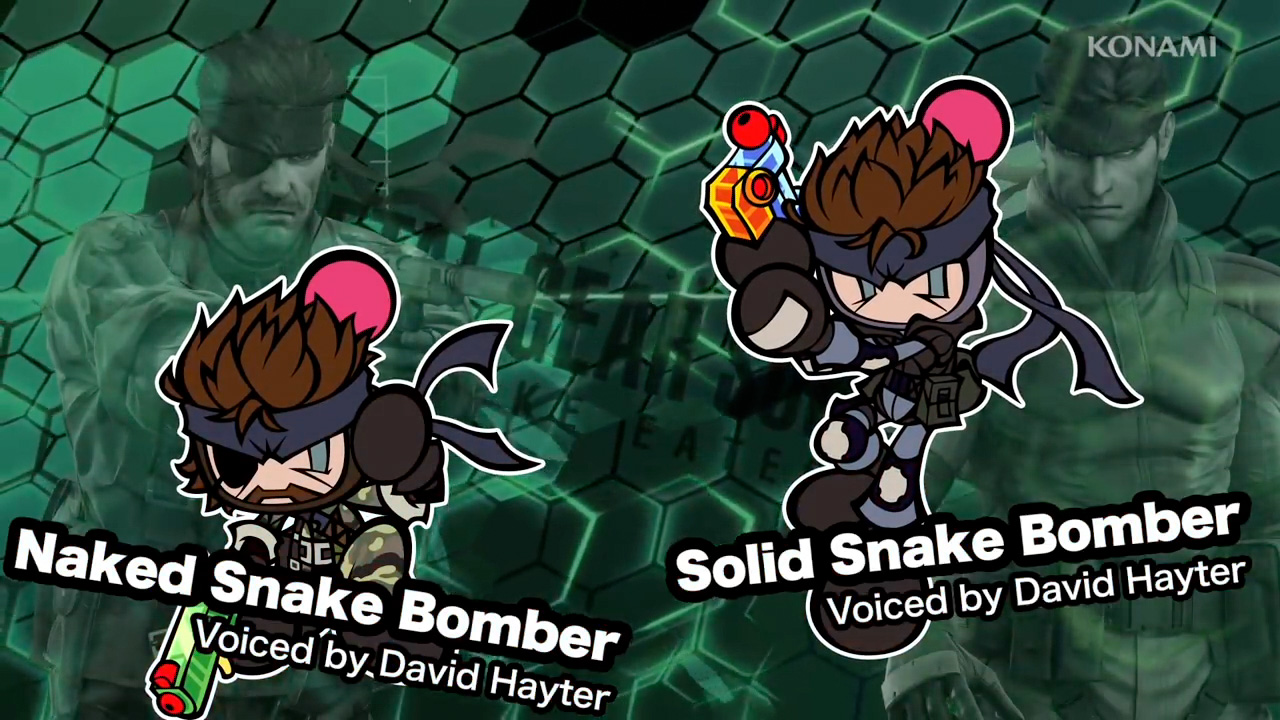 Super Bomberman R, released in 2018 on PlayStation 4, Xbox One, and PC includes several guest characters, and shortly after its release Konami added three famous Metal Gear protagonists to the roster. Naked Snake from MGS3, Solid Snake from MGS1, and Raiden from Metal Gear Rising Revengeance each got their own Bomber counterpart. David Hayter returned to voice both Snake characters, but curiously Quinton Flynn did not do the voice of Raiden Bomber. Old Snake was later added in an update when the game released on new platforms.

Yu-Gi-Oh! 7 Trials to Glory: World Championship Tournament released on Game Boy Advance in Japan in 2004, and in the west in 2005. Another popular Konami franchise, this game featured a cameo appearance by Solid Snake. In the game, he wears his trademark cardboard box disguise, and he says: “I don’t know why I’m revealing this, but I’m a secret spy. I was hired by an organization, which shall remain nameless, in order to study this Shadow World.” 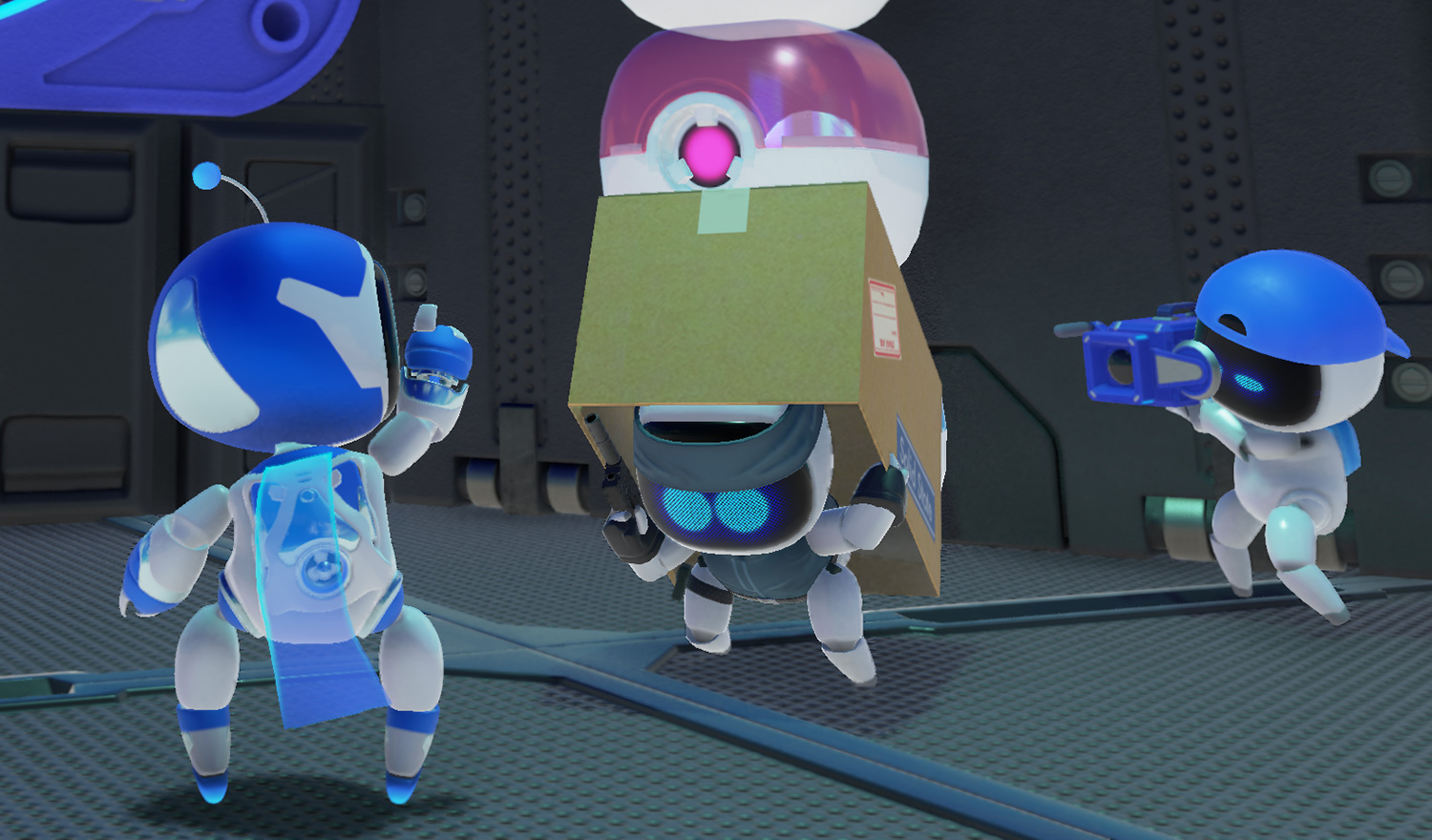 Solid Snake also appeared in Astro’s Playroom, a free pre-installed title that launched alongside the PlayStation 5 to demonstrate some of its capabilities. The entire game serves as an homage to the history of PlayStation, and as such is packed with references to specific games and characters, including Death Stranding and Metal Gear Solid. At the beginning of the Frigid Floes stage, you encounter a cardboard box with a sticker that says ‘solid state’ (a reference to both Solid Snake and the SSD that is one of the defining features of the PS5). A bot wearing a bandana and a sneaking suit can be seen peeking from underneath the box, and if you hit the box the famous exclamation mark sound will play, and Snake springs into action, pointing his gun.