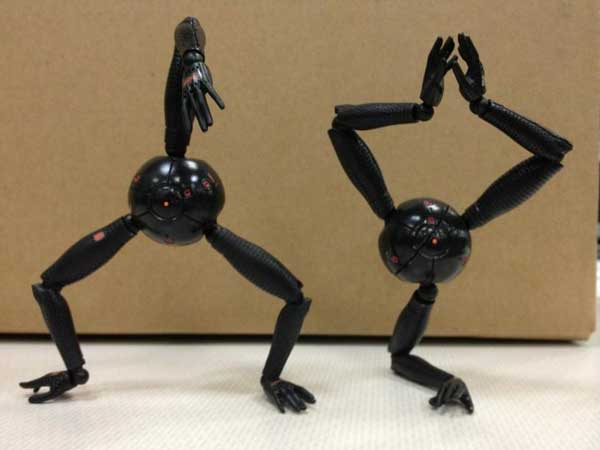 Included in the Japanese collector’s edition of Metal Gear Rising Revengeance are a couple of small figures based on the Dwarf Gekkos from Metal Gear. The cool thing about these figures is the fact that they consist of two halves that are connected with a magnet. Metal Gear Rising producer Yuji Korekado took some pictures. You can also stack them up:

Or place their limbs in any position: