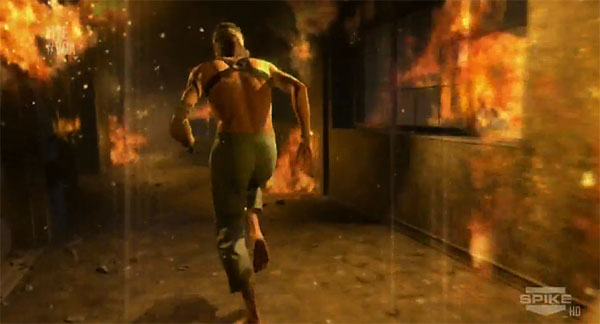 Yesterday at the Spike Video Game Awards 2012, a debut trailer was shown for a mysterious new game called ‘The Phantom Pain’. However, there seemed to be a series of strange coincidences and peculiarities, and all over the internet people were debating wether this was actually a new game, or a marketing stunt for something Hideo Kojima/Metal Gear related. This seems to be something Kojima could do, and below is a quick summary of the most conspicuous hints that point in the direction of this being Metal Gear related.

The name ‘The Phantom Pain’ is similar to Ground Zeroes’ tagline ‘From FOX, two phantoms were born’.

The overal trailer looks like it’s running in Fox Engine (look for example at the light effects).

The main character in the series looks like Big Boss. He seems to have a bandage over one eye. He also has a similar scar on his face. In the first shot, white flower petals are floating through the air, like the ones in the field when Big Boss defeated The Boss. The character engulfed in flames has a suit very similar to Volgin’s in MGS3. We see a ghostly, floating character similar to The Sorrow and Psycho Mantis. No one knows ‘Moby Dick Studios’, the official site barely has any information.

The founder of the studio is called Joakim Mogren. Joakim is an anagram for Kojima. And Mogren = OGRE?

At the end, when the title appears, the negative space on the letters seems like it could be spelling ‘Metal Gear Solid V’.

People at the Konami party at the VGAs were wearing The Phantom Pain/Moby Dick Studios t-shirts.

The same sound effect is used in the Ground Zeroes and in the Phantom Pain trailer:

When someone asked David Hayter on his Twitter what he thought of the trailer, he replied:

“@aganej2: @DavidBHayter so what was your take on The Phantom Pain trailer?”

It made my arm hurt.

All in all, there seem to be an awful lot of coincidences going on here. But of course it’s also possible people are simply reading too much into this, and this might actually be what it claims to be and not related to Kojima at all. Only time will tell.