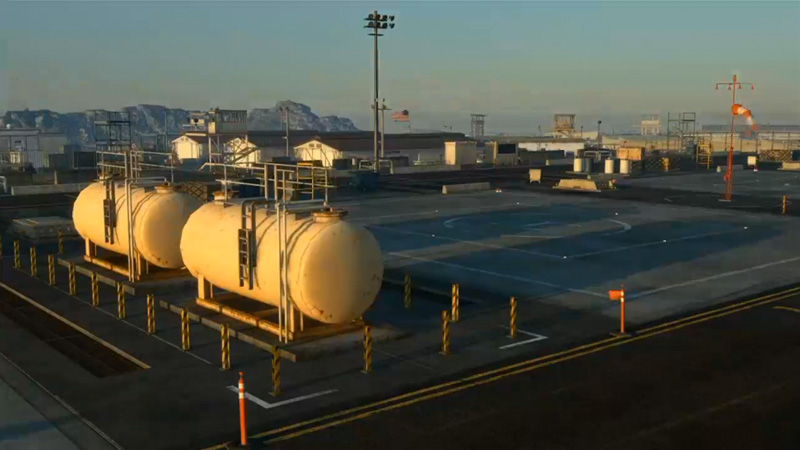 Will it be released as one game, or two? Who, or what are the ‘two phantoms’? ‘From “FOX”, two phantoms were born’. This was the first tagline for the game, coupled with a mirrored artwork of Snake. Later the phrase made a return in the first trailer, when Snake ascends the cliff leading to Camp Omega. Mirrored images seem to play some role in the game: the FOX – XOF thing is another example. There are many theories about what this phrase means: it could refer to two projects ‘born’ from the Fox Engine: The Phantom Pain and Ground Zeroes. Or it could refer to Zero and Big Boss, who were both part of the FOX organization, and chose very different paths. Or, if you prefer a theory that’s a bit more crazy: maybe they both refer to Big Boss, and his hallucinations. Or… something totally different. ‘V has come to’. The latest trailer for the game, shown at the Game Developers Conference back in March, ended with this mysterious line. Ever since people have been debating over who ‘V’ could possibly be. Volgin? Some people argued the burning man seen in the trailer looks a lot like him. But it’s still just a theory. Kojima said in an interview the V in the title of the game stands for ‘victory’, but judging by the line in the trailer it will refer to something else (a person probably) as well. Maybe the new trailer at E3 will reveal more about the meaning of this puzzling phrase.

Will it come to the next generation consoles? So far, the game has been confirmed for Xbox 360 and PlayStation 3. However, a lot of people are hoping for a next generation release as well. Kojima has been asked to comment on this a few months ago, and at that time he replied it was ‘a secret he couldn’t talk about’. Take that how you want it. Fact is, the Fox Engine has been known to be easily scalable to next gen, and with the game releasing so close to, or maybe even after the release of the next generation consoles, it would not be a strange decision on Konami’s part. Several games releasing around that time have been confirmed for the consoles of this generation as well as the next (such as Watch Dogs and Assassin’s Creed IV: Black Flag). Hopefully a next gen version of MGSV is announced this E3.

Who will voice Snake? Definitely the biggest controversy surrounding the game right now, is the news that Kojima replaced veteran Snake voice actor David Hayter in favor of a new voice, one that is supposed to be revealed at E3. Some people claim it will be Keifer Sutherland, based on the one line you can hear Snake speak in the gameplay demonstration. Others are convinced this is one of Kojima’s deceptions again, despite both Kojima and Hayter confirming in interviews Hayter is not involved with the game. But a recent tweet by Hayter has people still hoping for his return. Only one way to find out once and for all what’s going on: wait for E3.