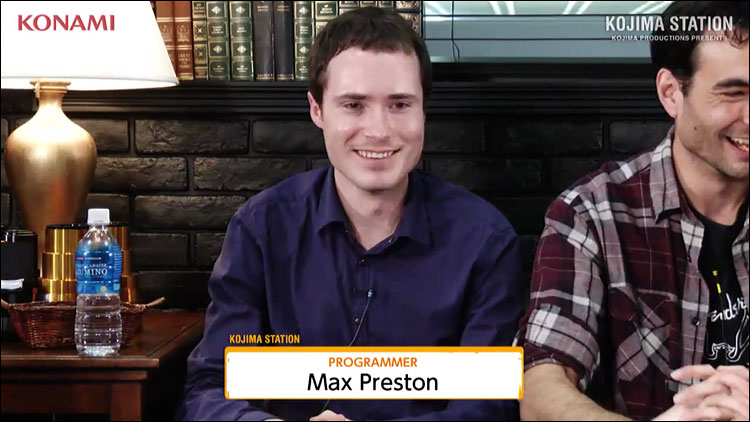 During the third episode of the studio’s official videocast, Kojima Station, Christopher Johns announced he’ll be in Los Angeles next week for voice recordings for Metal Gear Solid V: The Phantom Pain. The plan is to record some interviews with some of the voice actors as well, two of them being the actor for Kazuhira Miller (Robin Atkin Downes), and for Ocelot (Troy Baker). You can send in your questions for these actors, or to any of the others. The best way is by using the comment box on the official Kojima Station page, but you can also send the questions via Facebook and Twitter (using the hashtag #koji_sta).

“@Kojima_Pro_Live: And we begin!! http://t.co/hQNPUmiNQI” Awesome! Looking forward to the questions!

The rest of the third episode of Kojima Station was similar to the Japanese one, showing the world records and the making of video shown on the second Japanese episode. Joining the hosts this week was programmer Max Preston, responsible for the AI in Metal Gear Solid V. Aside from giving some tips on how the enemies’ behavior works, he told how the magazine throwing in Reflex Mode came to be. Someone from Kojima Productions LA played the alpha version of the game, and when he got spotted by a security camera he tried throwing a magazine at the device, but nothing happened. After that the team decided to change it so that it actually destroys the camera or knocks out guards. Using grenades works as well.

Also, the drawing contest at the Metal Gear Solid Art Studio website has been expanded, now they are giving away two jackets, and people have another week to join in (until April 10th).

Views: 756
Liked it? Take a second to support MGI on Patreon!