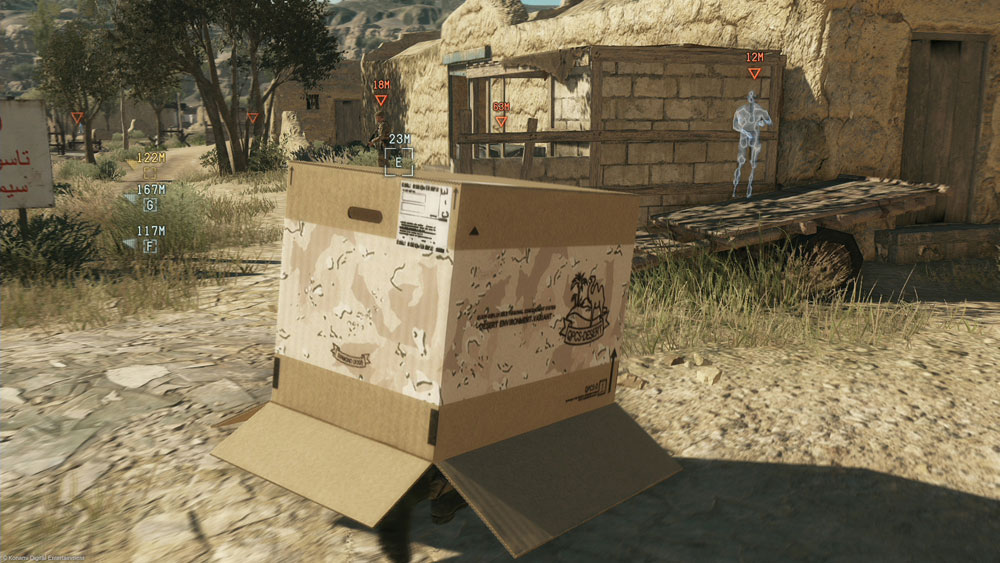 During the latest Japanese episode of Kojima Station, Hideo Kojima showed a small bit of gameplay from Metal Gear Solid V: The Phantom Pain. The majority of the episode was dedicated to E3, which is just around the corner, starting next week.

The gameplay clip gives a small taste of their E3 presentation, and lasted around one-and-a-half minute. However, they did show some new stuff.

The demo started off with Snake hiding in a dumpster, much like Old Snake did in MGS4. While inside, you can shoot from your hiding place.

After that, Snake climbed out of the dumpster and equipped an item a lot of people missed in Ground Zeroes: the cardboard box! And it even has a new trick up its sleeve: Snake can suddenly burst out of the top, surprising his enemy, and hold him up or fire his weapon from this position.

Kojima said there are more things you can do with the box, but he’s saving that for E3.