Metal Gear Solid V: The Phantom Pain will have its share of new characters, characters like Quiet and Code Talker, as well as feature some familiar faces such as Miller and Ocelot. Additionally, the time period and setting of the game make some reappearances of existing characters a good possibility. Kojima stated that Snake’s story in MGSV will partially be told through his interaction with other people around him. Big Boss played an important part in the lives of these five characters, so the potential for them to add something to the story is certainly there. Big Boss found Frank Jaeger and his adopted ‘sister’ (Naomi Hunter) in Africa somewhere in the eighties. He took them both in, and Frank Jaeger would later join Big Boss to fight for him. Their first encounter adds up both timeline-wise and location-wise with The Phantom Pain, making their appearances in the game quite possible. As we know, Naomi would later become a very important character in the series, eventually helping to bring down The Patriots’ reign. From the moment Big Boss saved her and her brother, she would always remain on his side. It would be very intriguing to see either of them return, especially Gray Fox. He’s one of the most beloved characters in the series, and yet we’ve never seen him as a normal human being, aside from some artworks (not counting Portable Ops). Not to mention he would later join Big Boss’ Outer Heaven, after first fighting against it, so his relationship with Big Boss is certainly an interesting one. There’s lots of potential to further explore the ties between the two. Needless to say it would be amazing if he had a role in the game, and seeing how it’s very plausible given the setting, this is not just idle hope. We can already assume Zero (or ‘Cypher’) will play an important role in the story. He was mentioned in Ground Zeroes, and at the end it is suggested Paz told Skull Face his secret location. In The Phantom Pain, both Big Boss and Kaz, as well as Skull Face are after Zero, and it is even implied the two groups join up in some way.
At the end of MGS4, Big Boss mentioned how he hasn’t been face to face with Zero for a long time. We know that Zero doesn’t go out in the open, so it makes sense that he will not appear in person in The Phantom Pain. Still, it’s not impossible. Maybe we get to see him in a cutscene. Maybe we will at least hear him talk – we haven’t heard him speak since MGS3. It would certainly be interesting to see a small glimpse of Big Boss’ arch enemy, and the elusive leader of the mysterious shadow organization known as The Patriots. “Did Zero really hate me?” Big Boss wonders in MGS4. “Or… did he fear me?” We have only seen EVA in two different periods on the timeline: when she and Big Boss met during Operation Snake Eater in 1964, and 50 years later, when she was the leader of the resistance group Paradise Lost, trying to free Big Boss and end The Patriots once and for all. Aside from that, we know Big Boss rescued her in Hanoi in 1971, after which she joined The Patriots. She contacted Big Boss during the events of Peace Walker by sending him a cassette tape with a recording revealing more about the life of The Boss. EVA played an important part in the Les Enfants Terribles project, and contrary to Big Boss, she treasured her clone ‘children’.
It is clear that EVA cared about Big Boss from the moment they met until the moment she died, and she sided with him against Zero. Did they meet at any point after 1971? Right now it’s not clear, but it’s certainly possible they meet up in The Phantom Pain. It is unclear what happened to Chico at the end of Ground Zeroes. Did he die in the helicopter crash, or did he survive, like Snake and Kaz? He could have, since he was the one farthest from the explosion, with Snake being a lot closer to it. Chico was a pretty important character in both Peace Walker and Ground Zeroes, so having him play a role in The Phantom Pain’s story would make sense. It would also tie in with MGSV’s theme of revenge: after all, he was tortured and saw the person he cared about explode before his eyes, all for the sake of Skull Face’s little scheme. He has plenty of reasons to be enraged with this character, and it could be interesting to see him return as a grown up, darker character who is driven by revenge. Kojima Productions also stated that ‘every character in the game has lost something’, and Chico certainly fits the bill. 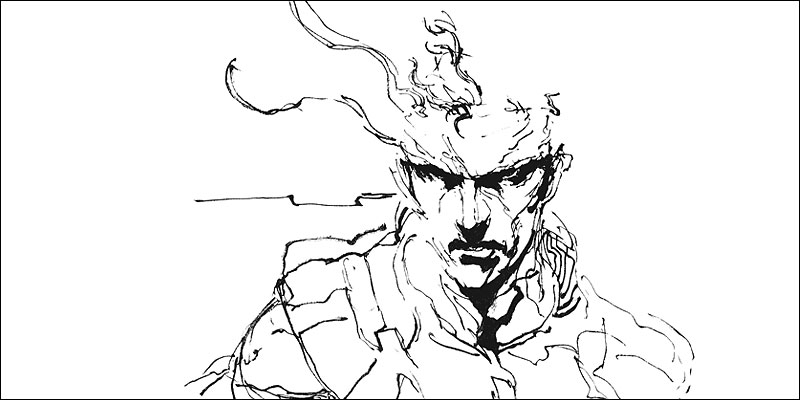 If we assume Eli is Liquid (and there are plenty of indications that he is), than it isn’t such a stretch to expect Solid Snake will be in the game as well. As the game takes place in 1984, he would make an appearance as a 12-year old child, like Liquid, but some fans theorize the game could also make another jump in time to the events of Outer Heaven, when Solid Snake was a young and relatively green soldier.
When asked about Solid Snake’s appearance in MGSV, Kojima said he couldn’t either confirm or deny it, since he wouldn’t want to spoil it for the players:  He did say in an earlier interview that he isn’t done with the character Solid Snake yet.
It had to be said that nothing in the timeline suggests Solid Snake met Big Boss at any point before joining FOXHOUND, so it’s not likely there will be an encounter between him and his in-madness-descending father. But if Kojima intends to close the circle with this game, as he suggested, ending with Solid Snake infiltrating Outer Heaven to defeat his old mentor may be the perfect way. In any case, Solid Snake is obviously one of the most important and beloved characters of the series, and many fans would be pleased to see him again.

Of course, there are more existing characters who could make an appearance in the game (Psycho Mantis, anyone?), and knowing Kojima, he will probably surprise us one way or another. At this point we aren’t even told of the full timespan or locations that will be present in this game, so who knows what’s in store for us? All the more reason to be excited!