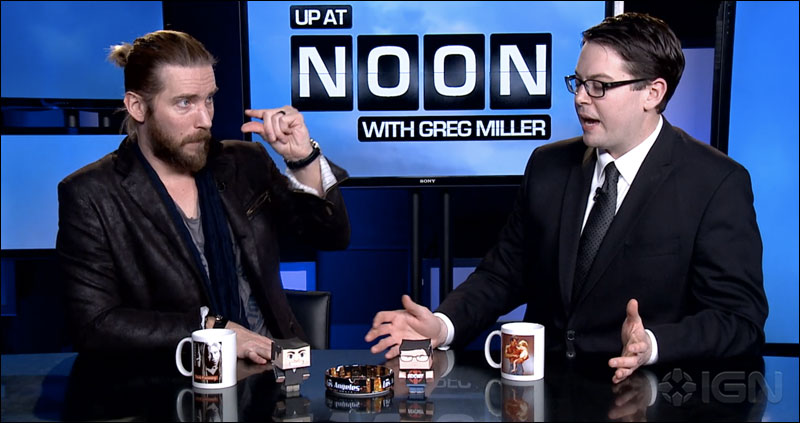 During an interview with Greg Miller in IGN’s Up at Noon, Troy Baker briefly talked about Metal Gear Solid V: The Phantom Pain and his role as Ocelot. First he mentioned being impressed by the scale of the game.

“I will honestly say that as far as scope and everything else, Metal Gear beats it hands down.” Troy Baker said. “It is one of the most ambitious games that I have ever seen.”

The conversation than shifted to the story, and how much a voice actor like Troy is allowed to see, which in the case of Metal Gear isn’t a lot.

“Kojima plays everything close to the vest.” he explained. “So we get to see a little bit, and a lot of it honestly is revealed in the narrative, because there is a tie-in of course with the narrative and the gameplay. And you’ll be reading this one thing and you’ll be like: ‘holy shit, so this is actually what we are doing’. So that’s one way that I kind of find out about stuff.”

It seems like there will be a lot of lines by his character, as well as by Miller, who is played by Robin Atkin Downes.

“It’s basically ‘shut up Miller’ and Ocelot is ‘talks-a-lot’.” Troy Baker summarized. “Because we both just talk incessantly through this game. You’re going to get really tired of hearing us.”

Source: Up at Noon