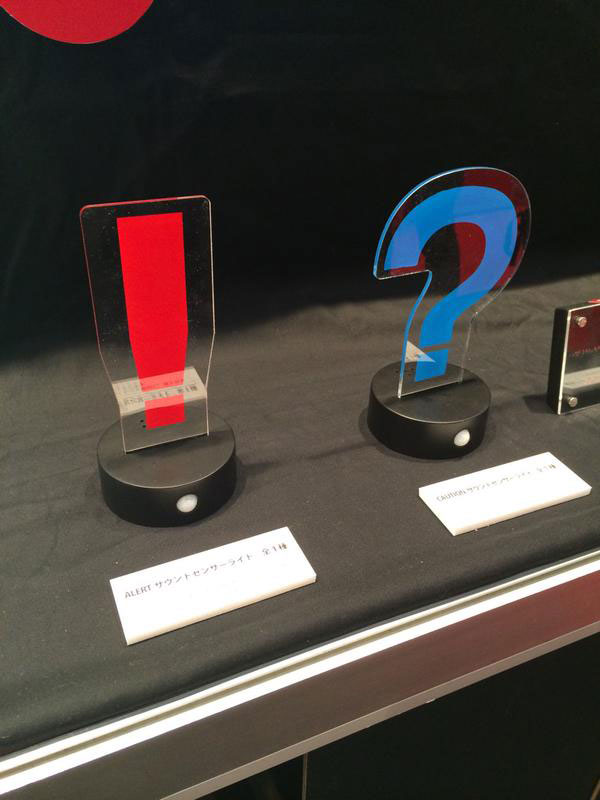 At JAEPO (Japan Amusement Expo) 2015, an event taking place in Makuhari Messe that focuses on arcade products, a new line of Metal Gear Solid V catcher prizes has been unveiled. Shown at the Taito booth, these items are meant to be prizes for so called ‘UFO catchers’, also known as a claw crane or crane game. You can see the various items displayed. The item on the far right is a cardboard box that emits sounds: you’ll hear characters like Kaz and Snake talk when you touch it.

These ! and ? light up and make a sound when they detect movement. The last item is an alarm clock with Metal Gear Solid radio noises.