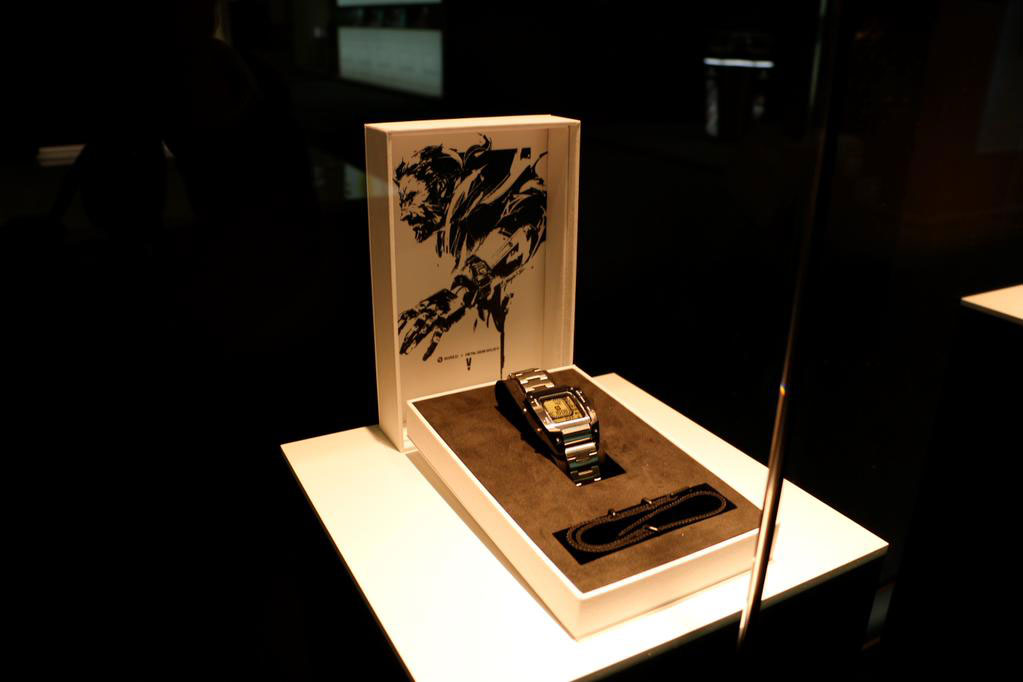 Update 24/3: The promotional video has now been uploaded to Konami’s official Youtube channel. You can see the cutscene with Snake wearing the watch around his bionic arm at the start of the video. The soundtrack features a part of another version of Sins of the Father, different from the one we heard in the E3 2013 trailer.

As some people have pointed out, the game is still referred to as ‘A Hideo Kojima Game’ in this video, but keep in mind that it was made before this whole commotion.

At Baselworld 2015, a watch and jewelry show held in Switzerland, a promo video for the Metal Gear Solid V: Wired X The Phantom Pain watch was displayed. In it, we can see a brief new cutscene (it’s not certain this will be in the game, but it seems likely, although it could also have been made for this video only). In the scene Big Boss observes the watch, which has been attached to his bionic arm.

The watch will be released on September 3rd. For more information, go here.

Update: The Official Kojima Productions Twitter account has posted a couple of pictures of the watch on display at the event. The other two Wired Metal Gear watches (for Rising and for Ground Zeroes) are being shown off there as well.