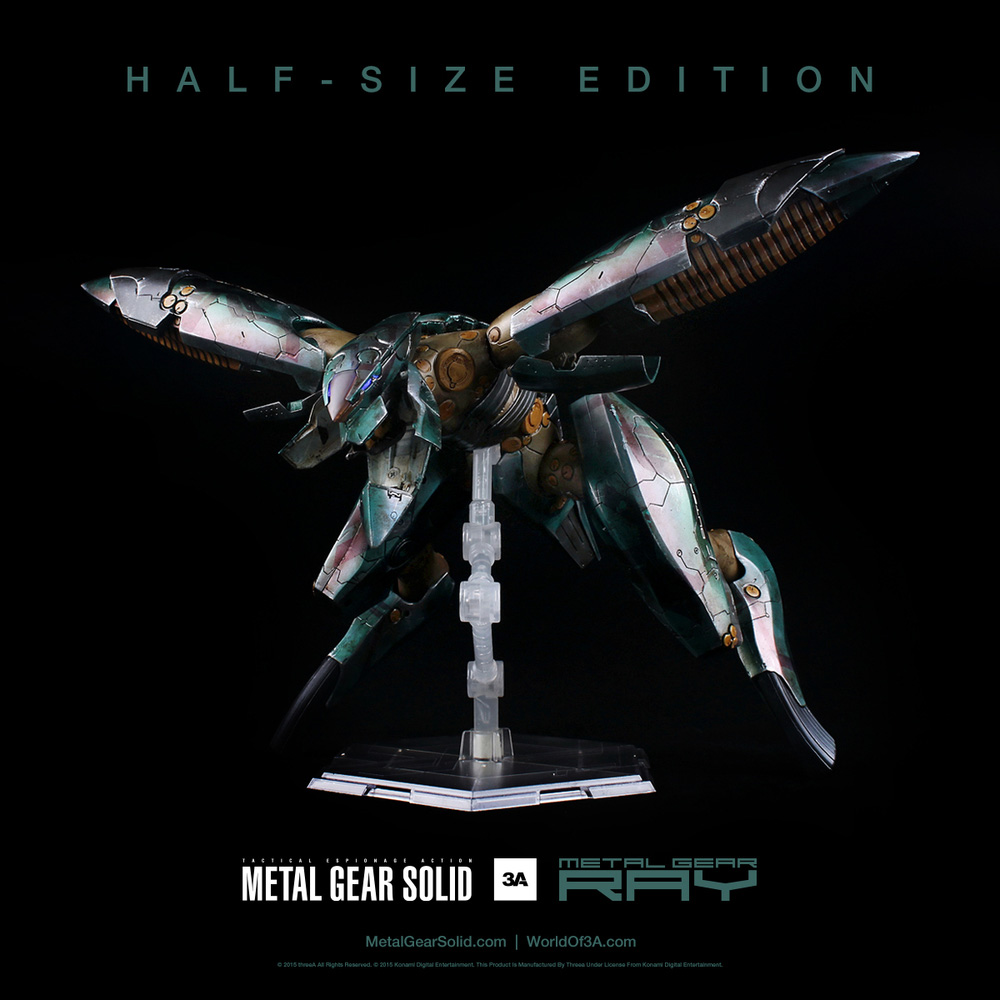 The half-sized version of Metal Gear RAY made by ThreeA is now available for pre-order. It costs $230 and will ship at the end of this year. It also features fully articulated legs, wings and neck, and its LED illuminated cockpit can be openend. Despite it being half the size of the earlier RAY by ThreeA, it still impressively large with a ‘wing span’ of nearly half a meter. Check out the new pictures below, as well as the official specifications.