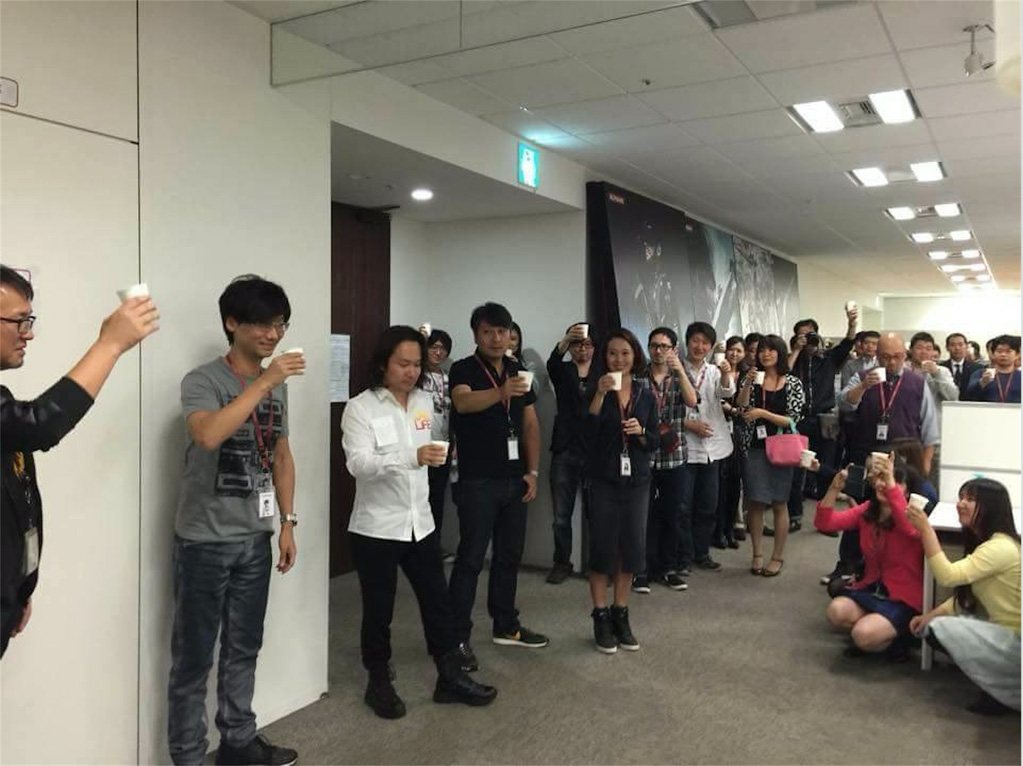 The New Yorker reports that Hideo Kojima had his last day at Konami earlier this month, on October 9th. After working at the company for nearly 30 years, it seems this era has now come to an end. Simon Parkin, the author of the article, writes:

The departure ceremony, according to one of the hundred or so guests who attended, and who asked that I not use his name, took place at Kojima Productions, the director’s in-house studio, and was “a rather cheerful but also emotional goodbye.” He said that he did not see Konami’s president, Hideki Hayakawa, or its C.E.O., Sadaaki Kaneyoshi, at the party, but some of Kojima’s colleagues from other studios showed up to pay their respects, as did many of the people who worked on his most recent directorial project, Metal Gear Solid V: The Phantom Pain.

Kojima’s non-compete clause expires in December, so that’s when he will be able to work at a new studio. Photo of Kojima Productions’ farewell party taken by someone at the party, posted on Twitter by Simon Parkin

Update: Konami says Kojima is still listed as an employee, and he’s currently on vacation. Kotaku writes that a Konami spokesperson told the website Tokyo Sports: “Currently, Kojima and the development team are finished developing Metal Gear Solid V and are taking a long time off from work.” On the farewell party, Konami said they’re ‘not sure what kind of thing this was’.

Views: 808
Liked it? Take a second to support MGI on Patreon!