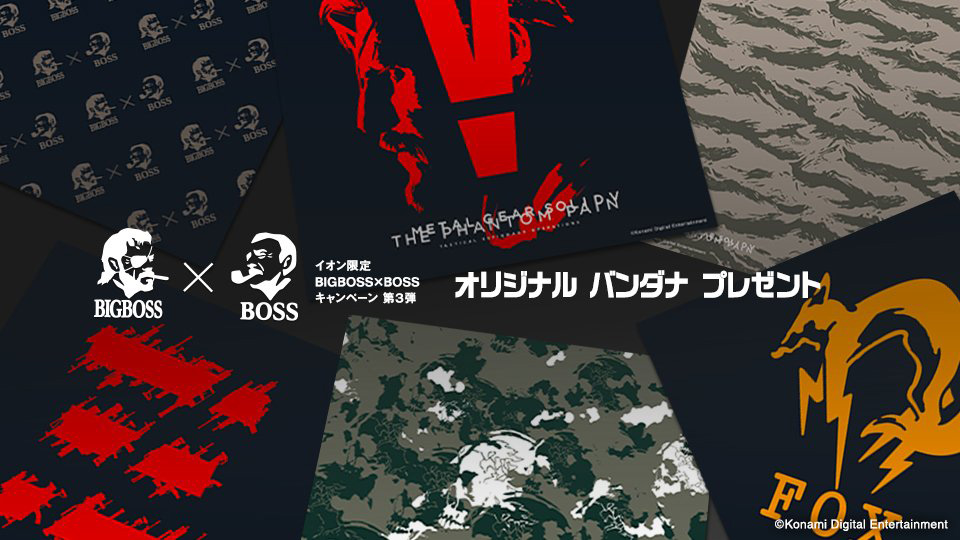 After doing two earlier ‘BIG BOSS X BOSS’ collaborations (supply boxes and coasters), Suntory BOSS and Metal Gear are now doing a third one. At certain stores when buying a Suntory BOSS 6 pack you get one of six MGSV themed bandanas. The promotion is valid starting today, until supplies run out. 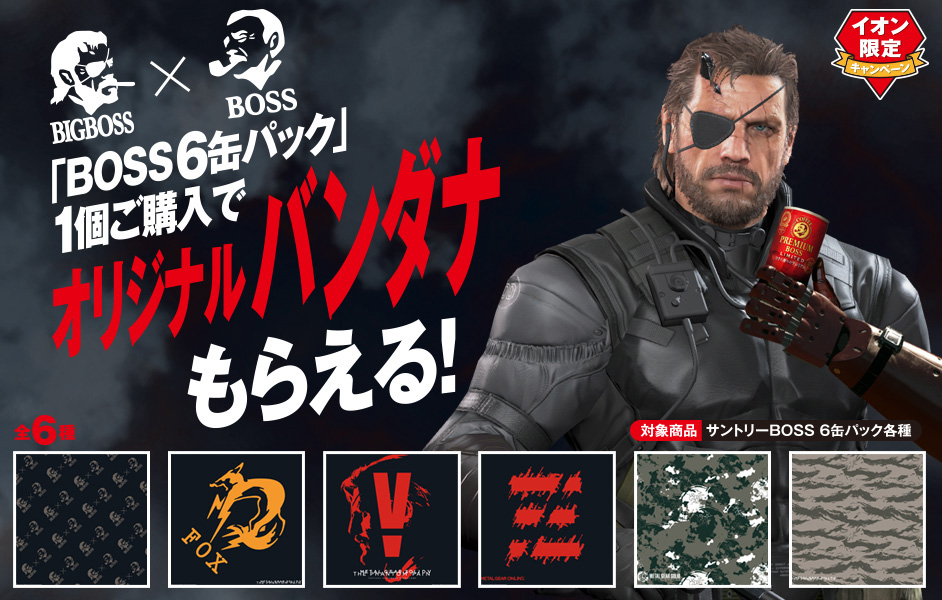 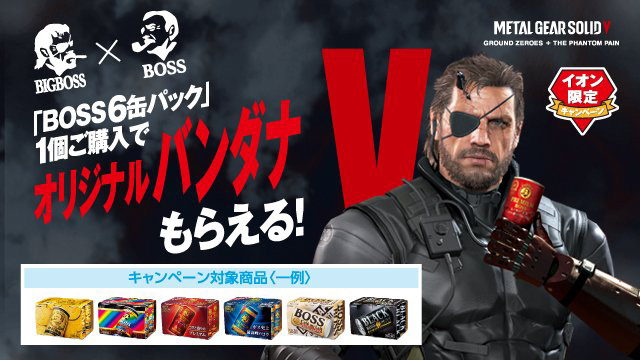