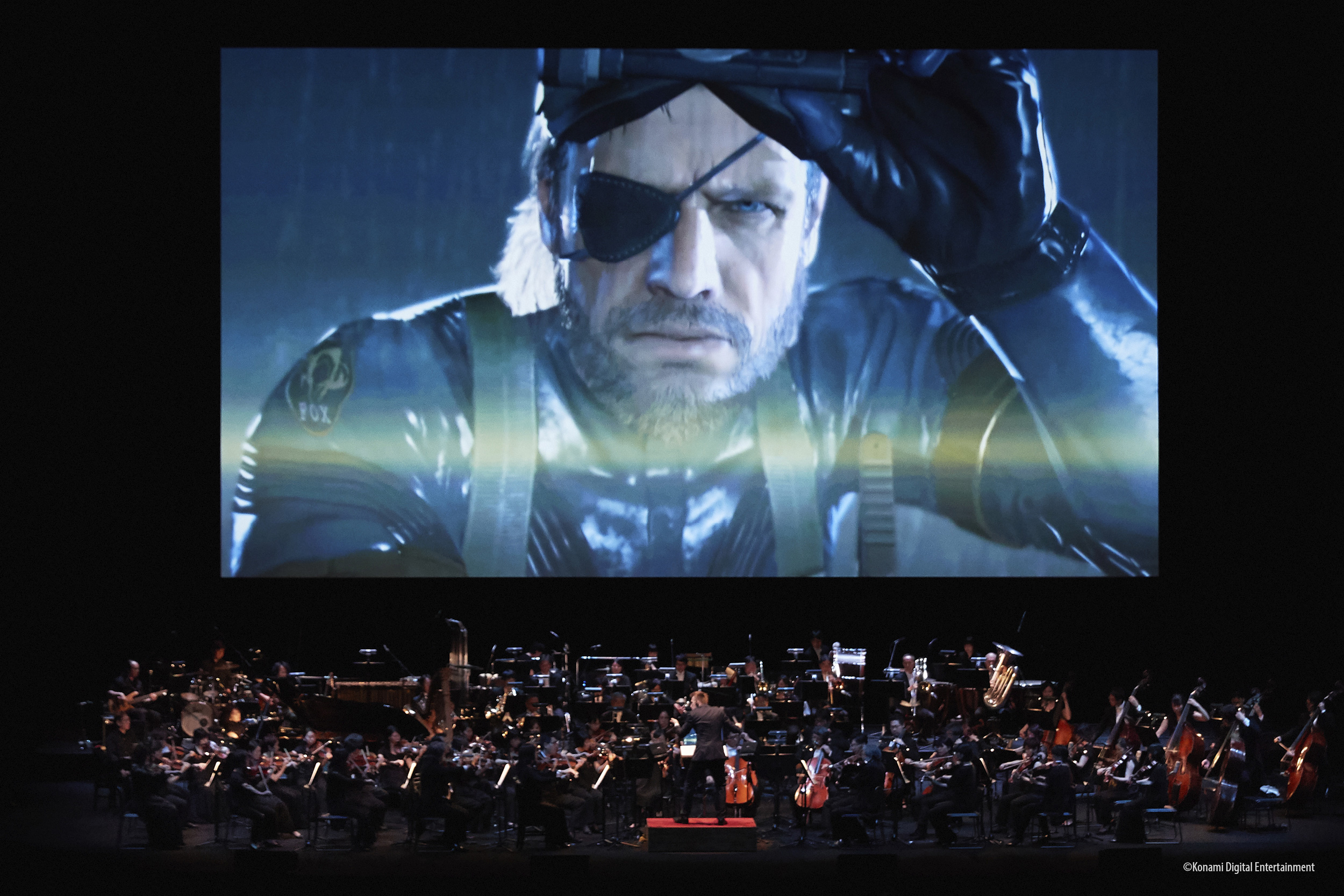 After two performances in Japan, Metal Gear in Concert is coming to the west starting later this year. Three concerts are planned, two in the United States (one on each coast) and one in Paris, France. La Fée Sauvage, or The Wild Faery, a company organizing music concerts of videogames, anime and movies, has provided these details on their website. Here are the exact dates (Update: the US performances have been postponed, below are the new dates):

Metal Gear in Concert is a orchestral performance of a variety of music tracks from the Metal Gear series, with vocals by Donna Burke, who sang themes for both Peace Walker (Heavens Divide) and The Phantom Pain (Sins of the Father). Some of the music tracks are “Main Theme,” “Encounter,” “Father and Son,” “The Best is Yet to Come,” “Snake Eater,” and “Heavens Divide”. Footage from the games will be projected on a large screen in sync with the music. Like the Japanese performances it will be conducted by Nicholas Buc.

Metal Gear Solid V: Ground Zeroes, Bloodstained Anthem, The Fall of Mother Base, V Has Come To, Shining Lights Even in Death, Sahelanthropus Dominion, Sins of the Father Wild Feary has released a video trailer of the event giving a taste of what attendants can expect.

Additionally, here are some samples of the performances recorded during the Japanese concerts.