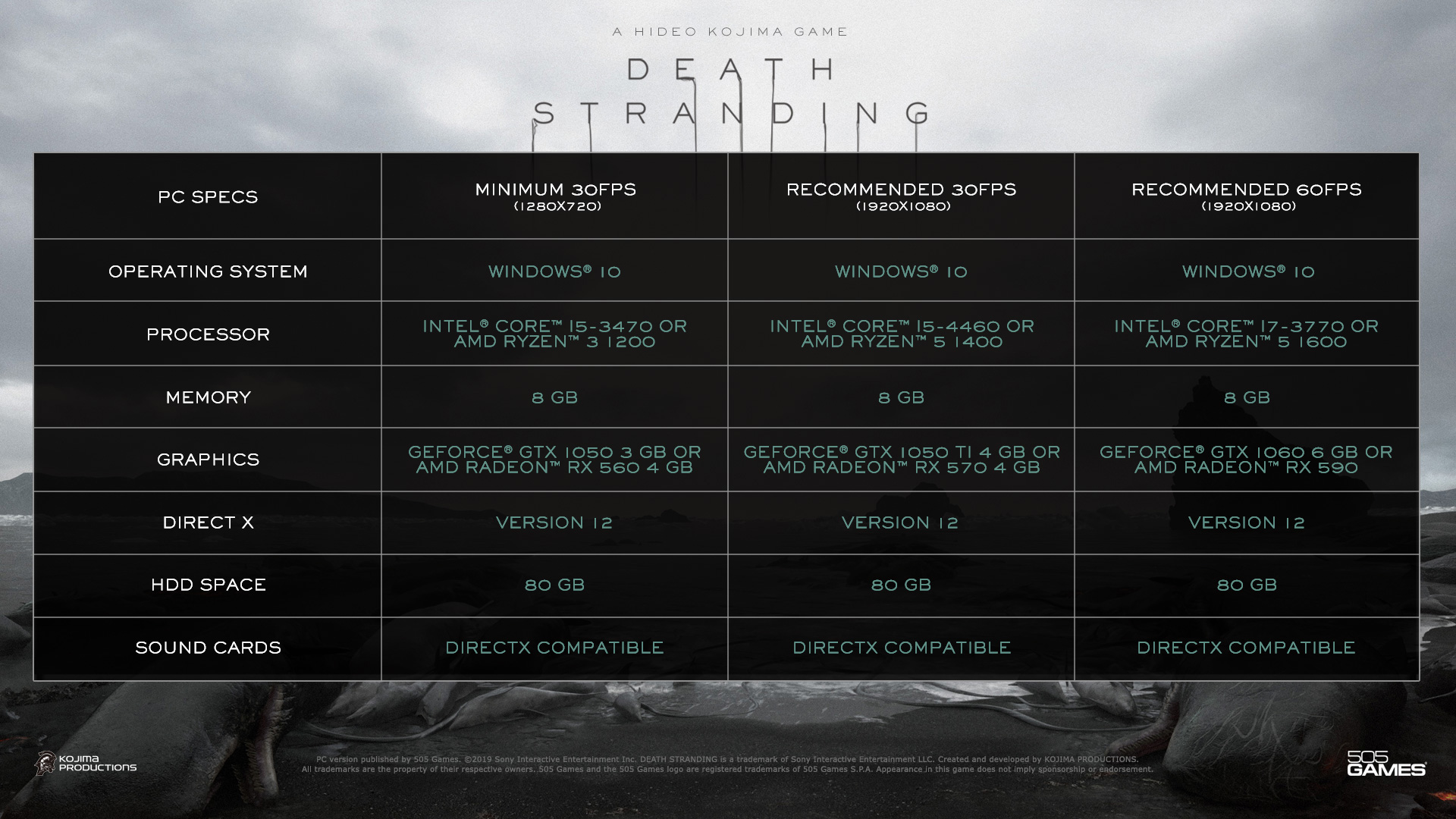 Publisher 505 Games has released the recommended specifications for the PC version of Death Stranding, releasing on July 14th.

The PC version of the game comes with various extras in the form of high performance modes and tie-in items with Half Life. It will be available on both Steam and the Epic Games Store.

On their press release, made available by Gamasutra, 505 also detailed a series of new Half-Life themed missions that have been added to the game:

DEATH STRANDING for PC is also receiving a hotly anticipated injection of Half-Life related content, offering surreal crossover missions with Valve’s Half-Life universe. A familiar face has crossed over into the world of DEATH STRANDING, impersonating Bridges’ employees and sending request emails prompting Sam to locate and secure companion cubes throughout the world. Completing these requests will reveal the mystery behind the friendly imposter and award Sam with useful new equipment and accessories.

A couple of new screenshots have been released as well.