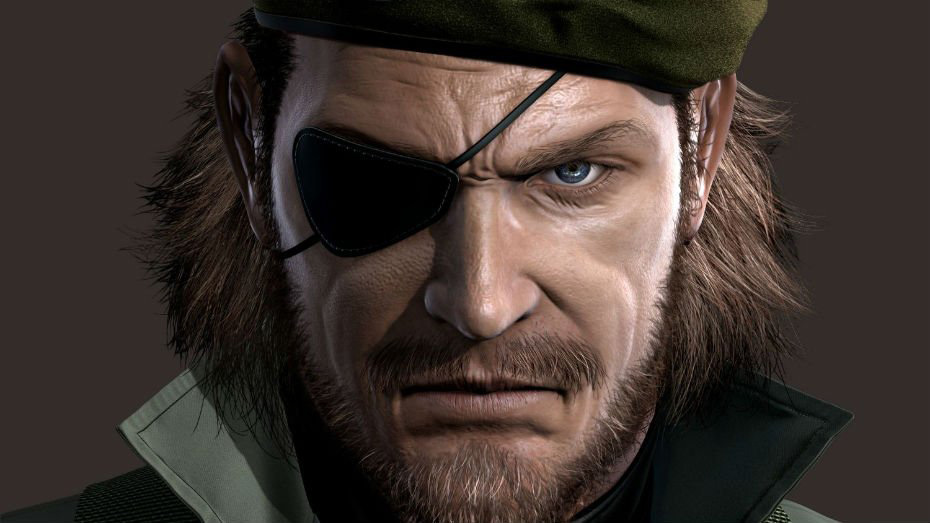 In one of the final scenes of the game, Snake takes his bandana – the very same bandana that once belonged to The Boss and that he held onto for a decade – and disposes of it for good. This act underlines a shift in his life, and it represents a major theme in the story – an act of claiming independence. With it, he seeks freedom from the grip she still has on him. Autonomy.

“I won’t make the same choice as her. My future’s going to be different.”

Thus at its core, Metal Gear Solid: Peace Walker is about Snake having to let go of The Boss and shape his own life, make his own decisions. But he’s not the only one looking to liberate himself.

Many of the game’s characters are searching for autonomy, for an independence from external, and sometimes internal forces. This theme of searching for or claiming autonomy is something that presents itself multiple times throughout the game.

Amanda and the Sandinistas fighting for Nicaragua’s independence, while Amanda struggles to become the true leader

“We will not be pawns of the KGB. We will win our own victory!” – Amanda

After the death of her father, Amanda was forced to become the leader of a guerrilla army opposing the forces that have seized control of Nicaragua. She’s both fighting for Nicaragua’s independence and at the same time struggling to step out of her father’s shadow, the Sandanistas’ former cacique. “I am only his daughter,” she tells Snake. In other words, she is defined only by what she is in relation to him, and not as an individual. She does not have full autonomy in terms of authority.

But, during the course of the game she is able to lead her unit to victory and her comrades finally start calling her ‘commandante’. It marks a shift from Amanda as ‘the daughter of the Commandante’ to ‘Amanda the Commandante’. She’s no longer dependent on her connection to her father.

There’s a bit of irony here; according to Snake leaders do not have the autonomy to make the decision to become a leader themselves. “Leaders don’t choose themselves. Neither do heroes. You carry on his legacy of La Esperanza, and they’ll follow you no question.” Amanda is determined to provide her country with a chance to shape its own future.

“We will never leave Nicaragua at the mercy of someone like William Walker again.” – Amanda

Peace Walker as an autonomous system

The idea behind Peace Walker was to build a system that would ensure deterrence by removing the one factor that introduced an element of uncertainty: the need for human confirmation. If instead the machine could make this decision by itself, this would ensure retaliation.

“With Peace Walker, retaliation is certain. It chooses the appropriate target and launches a retaliatory nuclear strike – every time, without needing human input to make the call.” – Huey

In other words, by making these machines completely autonomous, the entire deterring effect they have on the enemy changes – from the opposing side having the ability to retaliate to them retaliating without question. Coldman believes that this shift will lead to true peace.

Chico wanting to be treated as his own man

“I treated him like a kid again… we fought.” – Amanda

Amanda attempts to keep her little brother Chico away from the war as much as she can, she tries to keep him out of the loop, opting not to involve him in her fight for independence. The guerrillas also tried to hide from him how they were funding their operations – with a drug refinement plant. After being captured Chico gave in to the torture and betrayed his compas. He feels so guilty about this that when Snake comes to rescue him, he tells him he’d rather be dead. Snake responds by putting a bullet through his photograph.

“Listen to me Chico. You died here today, you understand? You’re Hombre Nuevo. A new man. Now give that new life to me.”

He asks Chico to come back to Mother Base and join the others. And eventually Amanda allows Chico to fight alongside them as a soldier. And so he’s granted the autonomy to make his own choice – for better or worse.

“You’re going to have to stop treating Chico like a brother and start treating him like a soldier.” – Snake

The Boss AI drowning herself in the lake

“At last I understand. In the end… It was you who put down your gun… And chose instead to sing…” – Strangelove

As stated before, the idea behind Peace Walker is to ensure retaliation, a weapon that can respond to threats on its own, and that will respond to those threats without fail. The ultimate form of mutually assured destruction, or perhaps the only true form. Near the end of the game, Coldman has Peace Walker send false data to NORAD, in an attempt to prove humans aren’t capable of nuclear retaliation. But he misjudges them, and they prepare to attack. Snake deactivates the Mammal Pod and stops the transmission, but the other part of the artificial brain – the Reptile Pod – takes over, and continues. But just as all seems lost, the Boss’ AI reemerges and uses its autonomous decision-making capabilities to halt the transmission for good – by drowning itself in the lake. In a final act of claiming independence, it frees itself using its own legs, and chooses ‘death’ instead. “This is the fate she choose for herself.” Strangelove says.

Huey’s desire to be able to walk on his own

“My father worked on the Manhattan Project. He put his whole life into that research… and all it created was this illusion of peace called deterrence. And then I was born… unable to walk. I had no choice but to face up to the nukes.” – Huey

Huey has never been able to stand on his own two legs. He’s always had to rely on a wheelchair to be able to move around. With Peace Walker, he wanted to create a machine that could claim independence through its ability to walk. It would not be stopped by any kind of terrain, and would not be dependent on roads or other kinds of pre-made structures. “It can move on its own,” Huey explains.

In a way, Peace Walker’s legs can be seen as a surrogate to Huey’s own legs – he may not be able to stand and walk, but his creation is.

There’s also a less literal meaning. During the course of the game, Huey wants to express his feelings towards Dr Strangelove. At first he tries to have Snake deliver a letter, but to no avail. At the end of the game Strangelove tells him: ‘If you fancy me, come walk with me.’ In other words, she wants him to take the initiative and approach her by himself, directly. After some initial moments of bewilderment, Huey’s hand ‘walks’ to the wheelchair controls.

“I only like those who can stand on their own.” – Strangelove

Big Boss breaking away from The Patriots

With the goal of realizing The Boss’s vision, Big Boss became one of the founding members of The Patriots, the secret organization that would later control the world from the shadows. But he and Zero did not share the same interpretation, and he ultimately broke away from The Patriots to start MSF, his own organization. It was the beginning of his independence from Zero, and the latter saw him as a threat. Zero wanted Big Boss back, have him included within his own system.

“You will be Cipher’s Deterrent, pulling the wool over the eyes of the old order with your charisma and military prowess.” – Paz

Big Boss tossing his bandana, letting go of The Boss

“Then how do you explain that bandana? Why keep a memento of a traitor…?” – Strangelove

For 10 years, Big Boss held onto The Boss’ bandana, a reminder of the bond to his former mentor. But after witnessing her AI sacrificing itself for a greater cause, just as she did by letting herself get killed by his hand a decade earlier, he makes a decision: he tosses her bandana into the lake. Later, he says to Kaz: “I won’t make the same choice as her. My future’s going to be different.”

Outer Heaven’s independence from the system and the times

“So long as we stand apart from nations, we need something to put us on equal footing. In a way, MSF is a country itself.” – Miller

At the end of Peace Walker, Big Boss formally declares his organization’s independence, not only from the established system, but from ‘the times’ as well. Unlike The Boss, he will not go along with the flow of his era, he will not adapt to the circumstances. He refuses to be trapped within the ‘scene’ of the world around him. Instead, he seeks the ultimate form of independence, and it takes the form of Outer Heaven, an outside system. He knows this will make him an enemy to the world, of the established powers, and he accepts this fate.

“This is Outer Heaven.” – Big Boss

And so, by tossing his ties to The Boss into the depths of the lake, Big Boss frees himself from her ‘ghost’ that still haunted him after a decade. From this point on, his life will no longer be dependent on her, and his organization will not bend to any outside force.