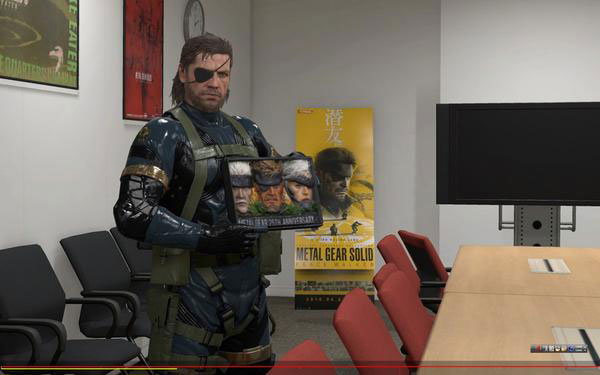 The screens show Snake from Metal Gear Solid Ground Zeroes standing in the Kojima Productions office that was used before in a lighting demo for the new engine. Snakes is holding the MGS 25th Anniversary bento box that Kojima Productions received two days ago from Sony. They used a 3D scanner to create this image in about two hours.