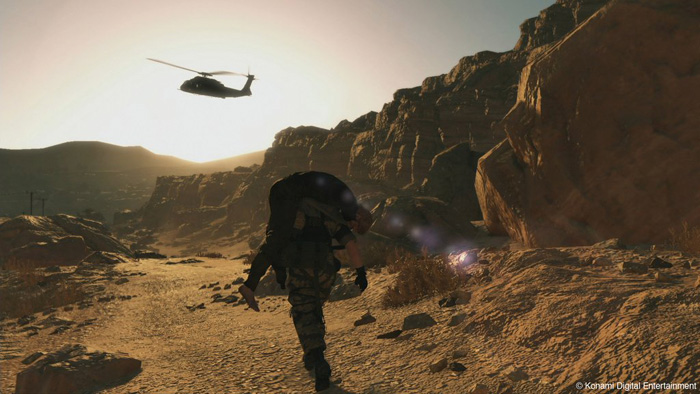 24 hours in Metal Gear Solid: The Phantom Pain translate to six hours in real life. This was announced on the Kojima Productions Alert 4, the official podcast of the studio. It was already unveiled a while ago that the next installment in the saga would feature real time, but how exactly it would work wasn’t clear – until today.

One fan wanted to know: What does the real time weather entail?

Sean Eyestone of Kojima Productions answered: “There will be dynamic weather conditions within the game, that will change within the context of the game’s passage of time. As far as the passage of time within the game itself, it will be very realistic and believable, but it won’t necessarily be real time per se. It’s not going to match the real world exactly. Right now we’re still tweaking things, but roughly you could say that about six hours of game time equals 24 hours in the real world.” As the game is still into development, this may still change, but the takeaway from this news is that the game will have an accelerated passage of time. The passing of time and changing of the weather will also influence the gameplay, and the player will be able to take tactical advantage of it.