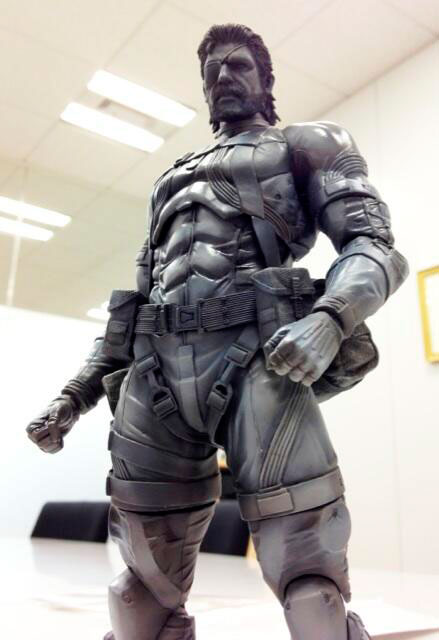 A picture of the Big Boss figure that’s currently in the making has been posted by Kojima. This figure represents Snake from Metal Gear Solid: Ground Zeroes, the prologue to Metal Gear Solid V, and is being created by Square-Enix as part of their Play Arts Kai line. This new figure may be presented during Comic Con in San Diego, which will be held between July 18-21.