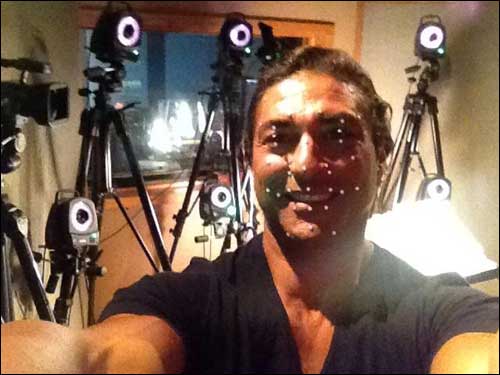 Actor Jay Tavare will be playing the role of Code Talker in Metal Gear Solid V: The Phantom Pain. On Facebook he wrote:

“We are still working on the game. In fact I am back in the studio next month but almost there. Code Talker is an awesome character, he speaks Navajo and English and the challenge for me was to get the Dine language correct and I had to get help from my Navajo Elders.” “See all the cameras and sensors behind me… they pick up and capture every little motion of my face as I act out each scene for my character.”

“The cameras capture every facial expression as I act out the scenes and later the CGI animators create the Code Talker character that is ancient but has all my performance.” Code Talker is supposedly a 100 year old man who was, according to the E3 trailer, ‘deprived from his homeland’.