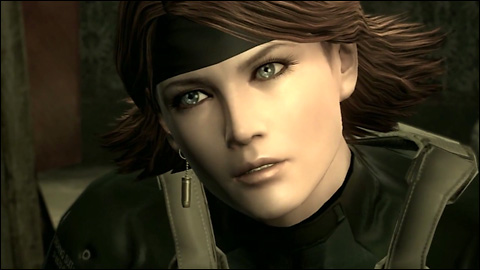 During IGN’s Up At Noon, Debi Mae West, voice actress who is most famous for providing the voice of Meryl Sylverburgh, appeared as a guest and talked a bit about her work and the Metal Gear series. Metal Gear Solid was her first big game, before that she did mainly cartoons and commercials. She had no idea the game would become such a big thing.

During recordings, she and David Hayter worked together a lot, in stead of doing voice recordings alone, which is something that she feels worked well.

Debi Mae West was shown a picture of Quiet before the show. She said she didn’t really get the design, and didn’t think Quiet looked like a soldier, but at the same time she agreed to give it the benefit of the doubt, since no one really knows the context yet.

“That’s what I said when I saw that David Hayter wasn’t playing Snake. What the fuck is going on?” (Joking)

“I had no idea. I don’t get it. (…) He is that character. So I don’t understand, is Kiefer going to try to sound like him? I mean, I get that their voices are in a very similar place.”

“I mean, he [David Hayter] has done how many games? Four? (…) I don’t know, I mean, do you think that they are thinking that they are going to sell more games because of it?”

To see the full interview, follow the link below. The interview begins around the 8:00 mark.

Source: Up At Noon: Metal Gear Solid: 15 Years and Meryl