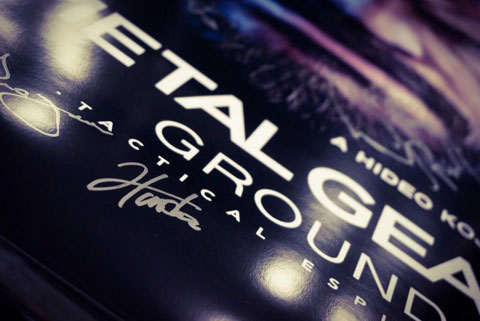 Check out this extremely limited Metal Gear Solid V: Ground Zeroes poster signed by Kojima Productions team members. According to Kojima, no more than six of these exist in the world. “Signing on the poster only 6 copies exist in the world.” Akihiro Honda is sound designer at Kojima Productions. Of course Kojima put down his signature as well, and as you can see on the first picture, so did Yoji Shinkawa.

What exactly these posters are meant for isn’t clear, but they sure make for nice collector’s items.

Views: 514
Liked it? Take a second to support MGI on Patreon!