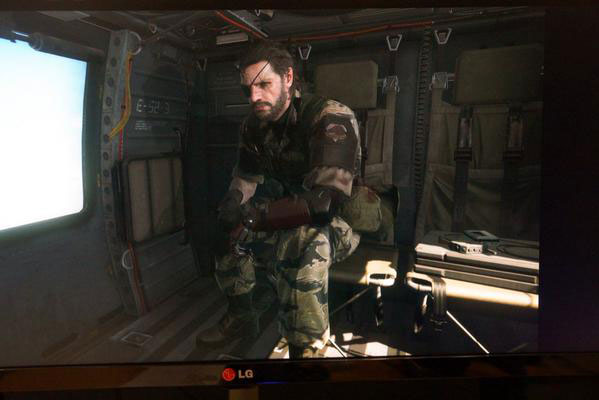 Both Kojima and Shinkawa were on the latest episode of Kojima Station, and some interesting new information was unveiled. All credits for the translation go to JunkerHQ.

They are currently still in the phase in which they bring together the separate elements while keeping a high degree if freedom. So they’re not at the full scale balance and difficulty adjustment just yet. In the announcement video for the release date, Kojima said they’re polishing the game as much as possible before release. According to Shinkawa, it will have the same attention to detail Metal Gear games are known for, despite its larger environments.

Kojima said the weapon system in the game will be ‘deep and detailed’. Initially he wasn’t interested in making it as deep, but Shinkawa put a lot of work in it and blew Kojima away with the end result. He even jokingly called Shinkawa a little nuts because of it.

Aside from the color your Mother Base, you’ll also be able to adjust that of your vehicles. You can also make custom emblems and put them on your suit, vehicles, flags and exterior walls of Mother Base (some screens can be found here).

Snake will carry the ballistic shield on his back when he isn’t using it (it will still deflect bullets). You can use your guns in combination with the shield.

As Kojima said before, this is the Metal Gear he wanted to make for a long time, but due to technical limitations it wasn’t possible before. While each new entry has always brought new things, this is the biggest step forward for the franchise. Kojima believes this is the best playing Metal Gear, but even though gameplay systems have changed significantly, it will still feel like a Metal Gear. Views: 986
Liked it? Take a second to support MGI on Patreon!