In an interview with website Sumthing, Metal Gear Solid V lead composer Ludvig Forssell talks extensively about the creative process, the ideas behind certain music tracks, and the various soundtracks released for the game. In the interview he also mentions that he wanted to create a ‘Diamond Dog Crew rap’, but unfortunately did not have the time for it. “[It] even had finished lyrics.” Regrettable indeed.

On the ideas behind the soundtrack

Ludvig explains that the basic concept for the soundtrack was already in place when he joined the team. “The idea was to create a non-tonal, non-chordal and mostly percussive score almost devoid of melodies to give an impression of “reality” instead of feeling like “music” superimposed on whatever “real” situation you would find yourself in playing the game.” Creating the main theme music took more than a year of experimenting, and 5-10 iterations, according to Ludvig. 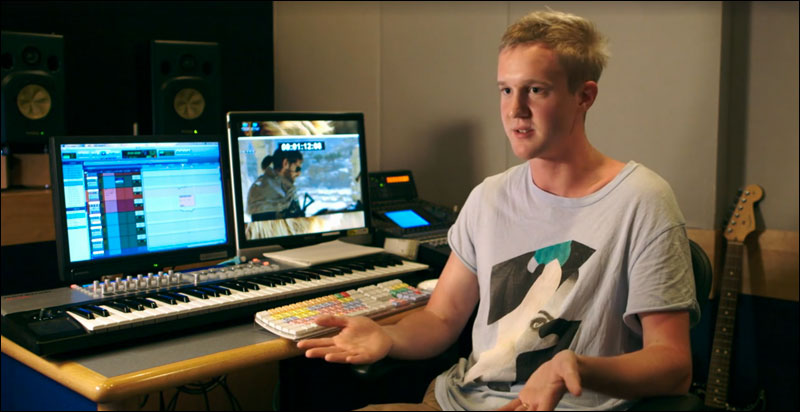 On V Has Come To

The idea was to paint a picture of Snake as someone that would make the player question his own actions in the game. “Venom Snake is no hero, he is someone who does what he has to, no matter the cost. So this darkness was something that I felt crucial for the undertones and whole impression of the score.” Ludvig explains that Snake has two themes in the game: V Has Come To and Venom. “While V Has Come To (the somewhat more heroic one) is illustrating Snake’s will to do good, Venom is the theme playing the darkness that is constantly beckoning and pulling him and the Diamond Dogs deeper and deeper. As the game progresses Venom becomes the more and more prominent theme, but V Has Come To never completely disappears. Sometimes they’re intertwined as if to hint at an internal struggle within Snake.” On the subject of Skull Face’s theme, Ludvig says he tries to stay away from using the character’s ethnic background as a source of inspiration, as he feels in many cases this leads to stereotypcial results. “This is also one of the reasons the music for the main areas in the game was never overly ethnic. I’d rather look at the personality of the character and find ways to convey their motives etc through the music.” On the Extended OST

The release of the Extended Soundtrack was Ludvig’s own idea. “I felt like there was so much that we just couldn’t fit in the original release and I’d been seeing people online asking for certain cues and wanted to accommodate those wishes. Seeing the amount of music that was released on this edition I hope it also helps people understand why we just couldn’t fit everything into the first OST.”

On the Lost Tapes

Earlier this year Konami released another Metal Gear Solid V soundtrack, titled The Lost Tapes. “The Lost Tapes was an absolute delight to be able to do while writing all the “serious” music in the game. To be able to, I suppose relax and focus more on fun and 4th wall-breaking ideas.” Ludvig explains. “I only regret that I didn’t have time to write more of these songs (I had concrete ideas for quite a few, including a “Diamond Dog Crew” rap anthem which even had finished lyrics).” Check out the full interview at Sumthing’s blog From Foundation To Creation: An Intimate Look At Metal Gear Solid V: The Phantom Pain’s Score With Lead Composer Ludvig Forssell.