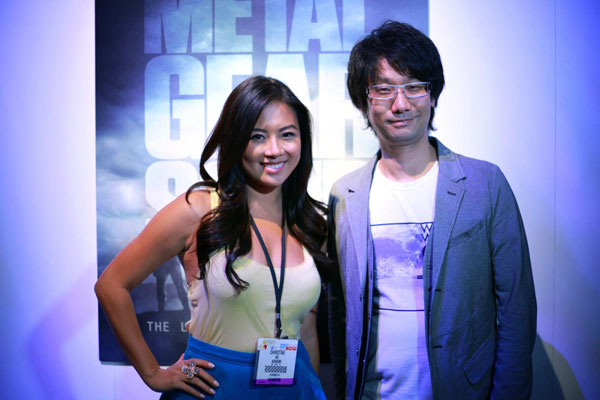 Here are some more pictures of Konami (and Kojima Productions in particular) at E3 2013. The Seiko watch that was used in the Metal Gear Solid V trailer. Kojima wore it during the interviews, but no one noticed. The Metal Gear Solid V E3 2013 posters were designed by Kyle Cooper, who also does the titles for the game (and for previous Metal Gear games).