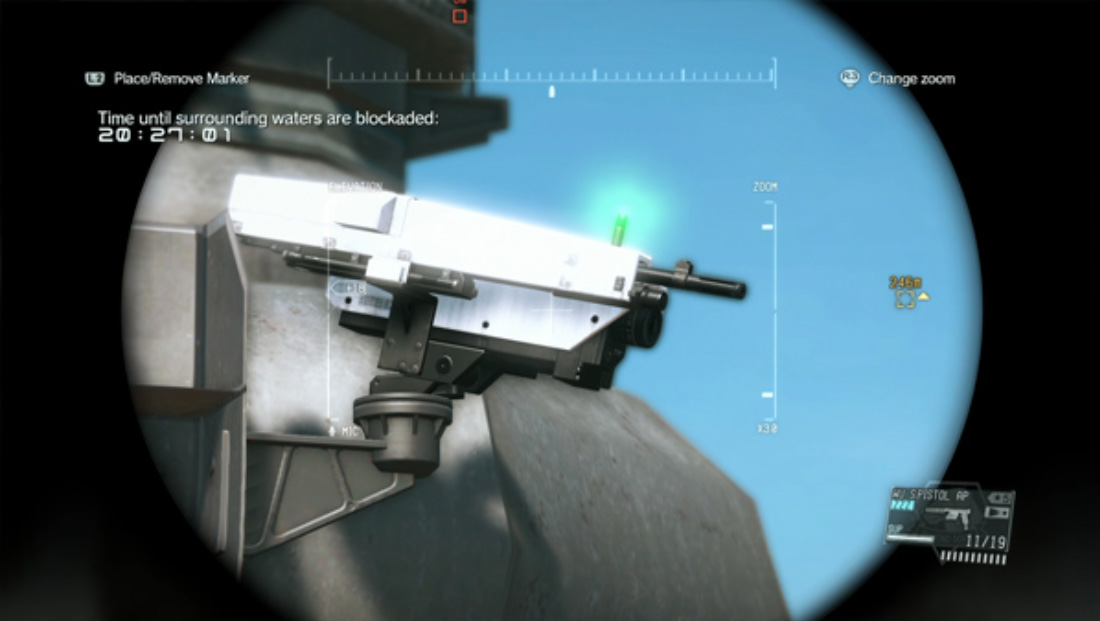 The official Metal Gear Solid V website has been updated with an extensive description of all the changes and additions of the planned November update.

Update: the update is now available and it contains the MGO patch as well.

About the November 2015 Update

This page will provide an overview of the November 2015 update to METAL GEAR SOLID V: THE PHANTOM PAIN.

This update features changes to the user interface of the PF Rating screen, such as revised displays of the factors contributing to your PF’s overall strength. With this better understanding of your PF’s status, you’ll have all the necessary intel to get the most out of FOB missions, etc. And once the updated UI is in place, look forward to a PF Rating Event scheduled for November 2015! 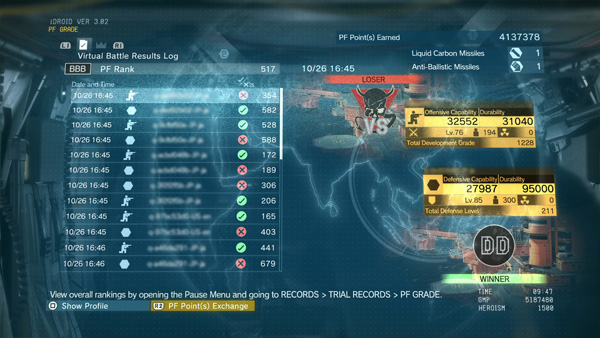 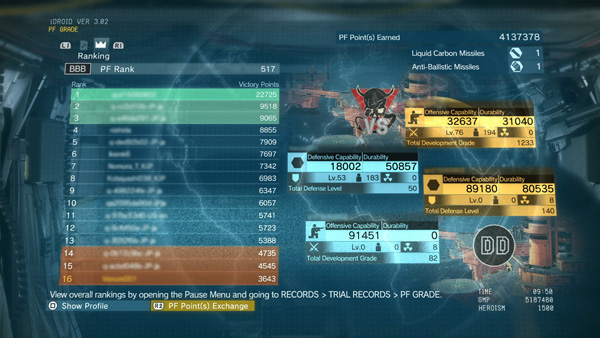 Rating boundaries are now easier to understand too!

Get ready for a new level of gear ? Grade 8! “Online Development” also added!

The update also features new weapons and items to help turn missions in your favor. Following on from the addition of the current highest development grade (Grade 7), you will now be able to develop Grade 8 equipment as well.
What’s more, these will be treated as online development items, so their development will continue even while you are away from your game system or PC. You can even use MB Coins to shorten the development time.
See the following for a look at some of the new equipment. 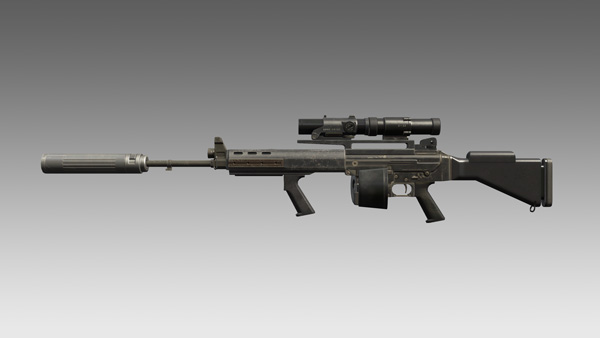 A Grade 7 5.56mm assault rifle. The suppressor durability is higher than ever, making this a great choice for infiltration missions.
Also uses a drum magazine for a massive jump in ammunition capacity. Swift and silent, or guns blazing? With this versatile weapon, you can master the situation no matter your tactics. Can also be equipped to your security guards to give your FOB defenses some added punch. 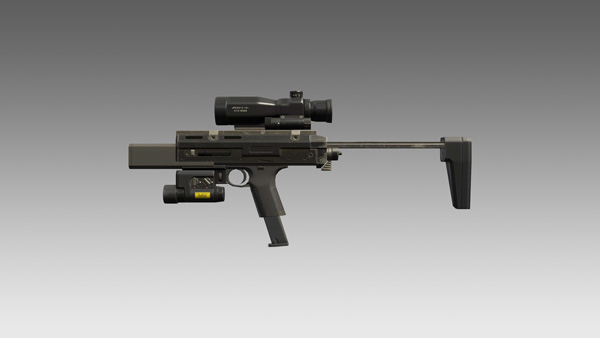 A Grade 8 tranquilizer handgun. This upgraded weapon’s most unique characteristic is its underbarrel construction – in weapon customization, it can be equipped as an under-mounted addition to a range of other weapons!
Try combining it with your choice of assault rifle or other equipment, for even greater variation in your arsenal. 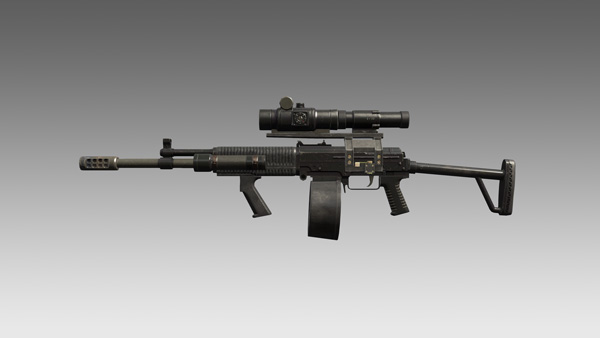 This Grade 8 automatic shotgun boasts upgraded stopping power and a high-capacity magazine to ensure this is the gift that keeps on giving.
Since it also has added option slots, it is even more customizable than its predecessors, and since it can be equipped to your security guards, it will no doubt be a formidable addition to your FOB defenses. 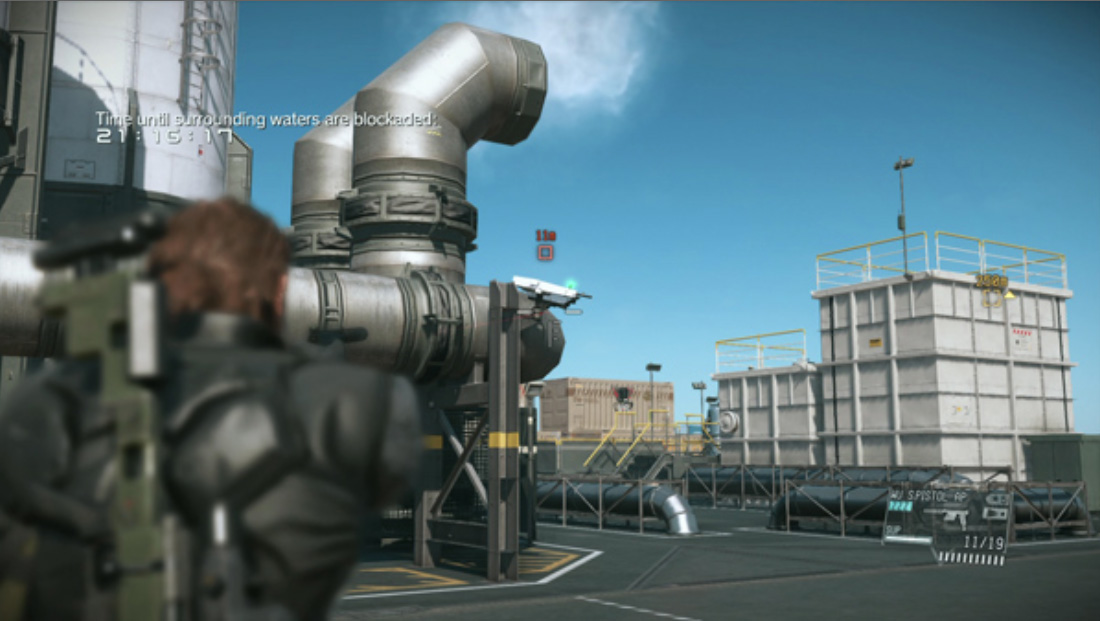 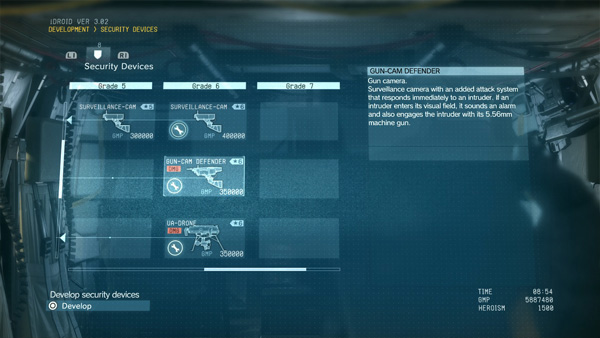 The gun camera on the security devices development screen

The unit function “Anti-Reflex Research” is newly added to the Medical Team. The higher your Medical Team’s level gets, the shorter an invader’s Reflex Mode time will be. 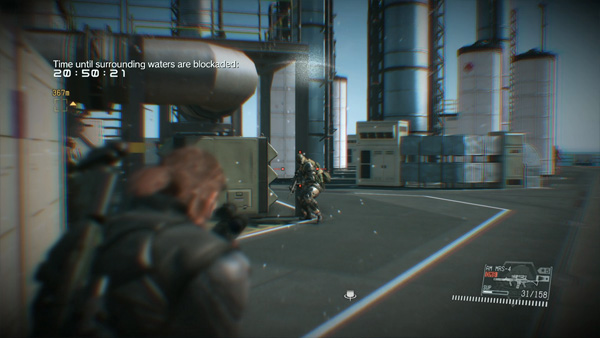 “Stealth Mode” will now have an effect in FOB infiltrations! Go unseen by enemy searches!

While infiltrating a rival’s FOB, using Stealth Mode (pressing the Action Button while prone) will cause your Predicted FOM (field of movement) to disappear from the defending player’s iDroid, and the defending Intel Team will also be unable to search out your general location. 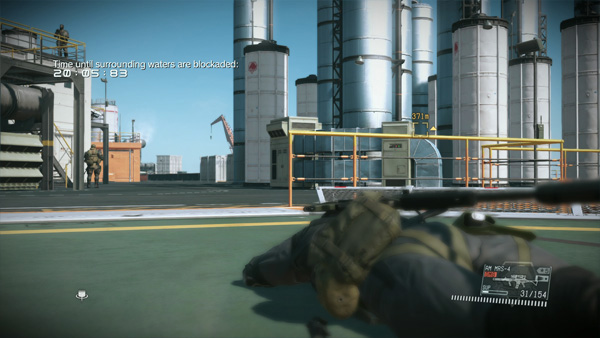 Press the Action Button while prone to enable “Stealth Mode.” 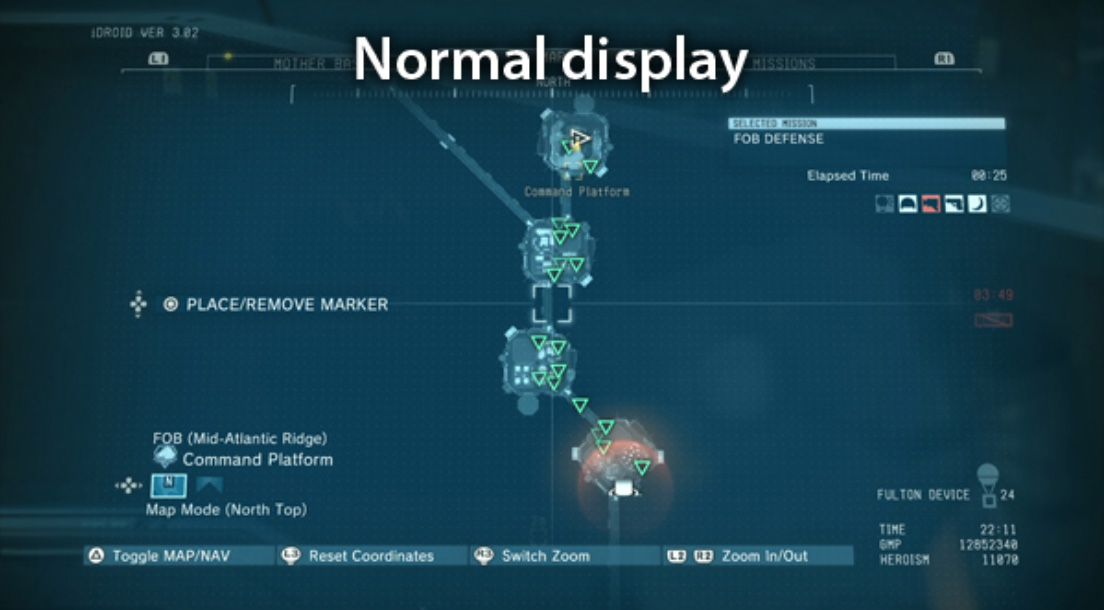 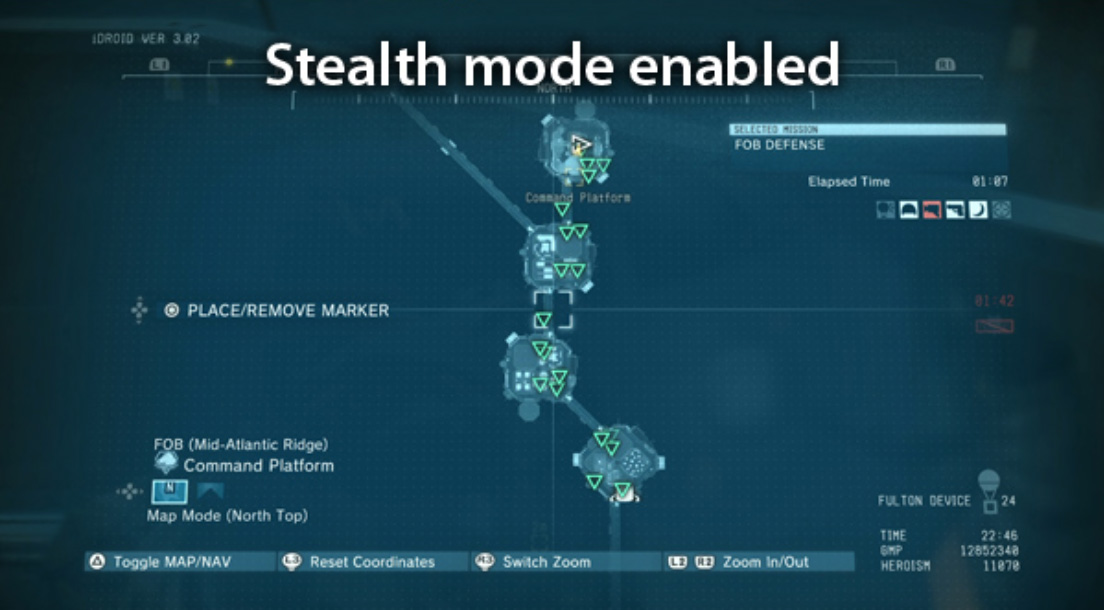 The long-awaited FOB 3 is finally unlocked!

You can now give your PF a huge boost by constructing a third FOB. With the resulting major increases in max. staff capacity, you can look forward to unit functions being upgraded across the board. 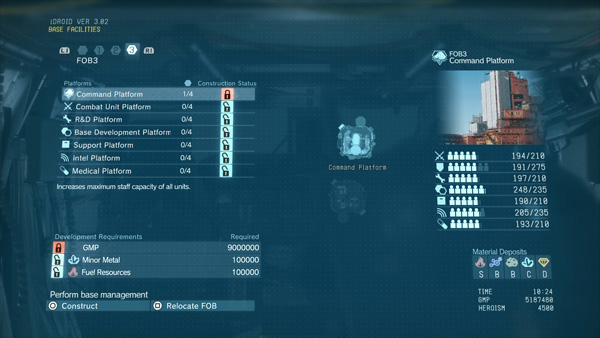 At last, players can construct a third FOB 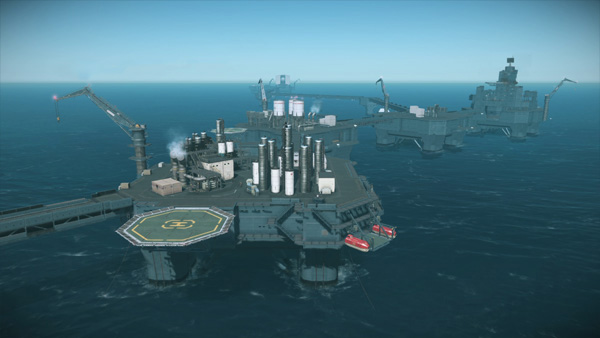 Contributing to the overall scale of your Mother Base

For all newcomers to the game: Rookie and beginner functions expanded!

From now on, it will be easier for players to obtain the “Chicken Hat” and “Lil’ Chick Hat” (awarded to those who repeatedly fail a mission).
For those having trouble with a difficult mission, or players who don’t have the knack for action games, these items will be a significant help.
Also, a “Rookie Assist Function” is added to Espionage Ratings (the results of FOB Missions).
This function prevents rookie players from losing Espionage Points when they fail at FOB invasions or defenses.

Other small refinements have been made to various elements of the game, including balance adjustments and bug fixes.

*The above update details are subject to change or cancellation without notice.

Metal Gear Online will get an update as well this month, fixing various balancing and matchmaking issues.