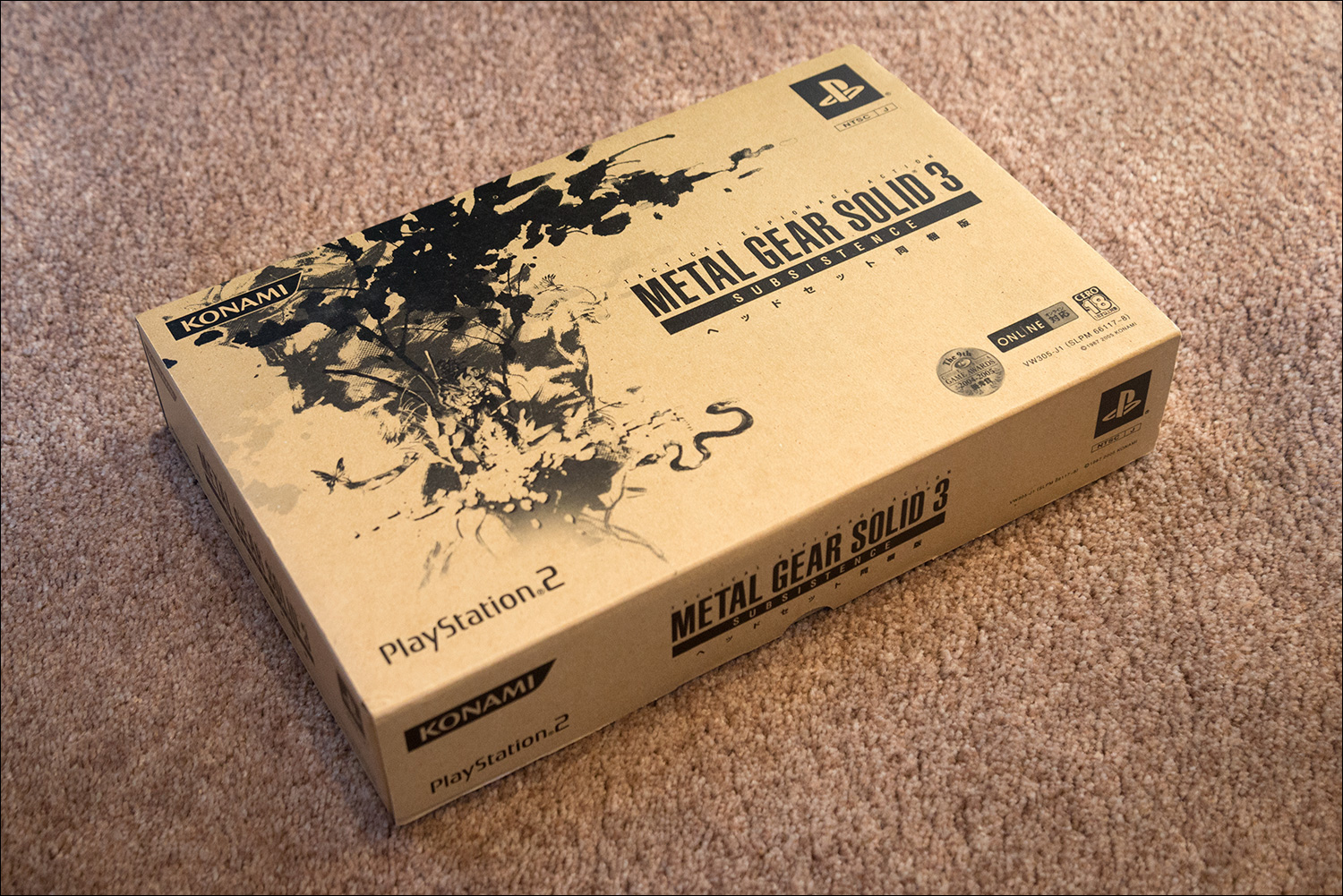 Like with earlier entries in the series, Konami released a Premium Package in Japan as a limited edition first print. These versions come in large paper boxes and contain several extras. But first, let’s take a look at the box itself, because it actually looks quite nice. The front has been adorned with a grayscale version of an artwork by Yoji Shinkawa, next to the title of the game.

On the back is a column of keywords relating to the game and its story, similar to the Metal Gear Solid 2 Premium Package. With regard to its size, the box is somewhat smaller than the usual Premium Packages.

Onto its contents: they are divided over two compartments. The first thing you’ll notice upon opening the lid is an extensive Metal Gear Solid 3: Subsistence manual containing gameplay information, details on the characters and more. This item also came with the regular Japanese version of the MGS3: Subsistence.

The other case contains the third disc, Existence. On it is a 3,5 hour movie created using the cutscenes and recorded gameplay segments of the entire game, meant for players who where unable to finish it but still wanted to experience the story. Again, these two discs are identical to the ones included in the regular version of Subsistence.

But there is one exclusive item: the package also comes with a Logitech headset, intended to be used for communicating with others while playing Metal Gear Online. It has been customized with a FOX emblem (as part of the Kojima Productions logo), which is pretty neat.

In conclusion, this is one of the least spectacular Premium Packages in terms of extra content, which probably shouldn’t come as a surprise given that it’s a rerelease of a game that already came the previous year. Still, the box, decorated with Shinkawa art, will surely look nice on any collector’s shelf.